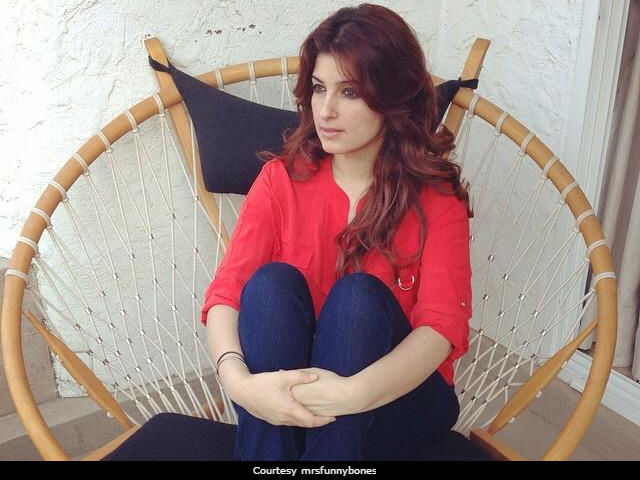 'I think it's been quite gratifying,' said Twinkle Khanna (courtesy: mrsfunnybones)

New Delhi: Actress-turned-author Twinkle Khanna said that she has no regrets for not having a successful career in movies because she is better off as an author, reported news agency IANS. Twinkle was asked about her decision to switch from a career in films to writing, when she said: "Maybe I am better at writing. So I console myself with the fact that I have a career that lasts me a lifetime." Twinkle has almost always referred to her not-so-prominent tryst with films with hilarious touch and has also previously mentioned that she was "desperate" to quit films. Twinkle has co-starred with Shah Rukh Khan and Aamir Khan in '90s films like Baadshah and Mela, both of which were box office duds.

Twinkle Khanna is famously known as 'Mrs Funnybones,' the pen-name with which she writes her columns and blogs. She is also the author of books like The Legend of Lakshmi Prasad and Mrs Funnybones. "Considering that I'm here at this platform at this point of time, I think it's been quite gratifying," IANS quoted her as saying. Twinkle, 43, is the daughter of actors Rajesh Khanna and Dimple Kapadia.

Last year, Twinkle told NDTV: "I have no acting skills! You need acting skills to act, not intelligence. They're two different skills. I was desperate to get out. My entire body was outside the door, I was just hanging on with my toes."

Promoted
Listen to the latest songs, only on JioSaavn.com
Twinkle Khanna is currently producing Akshay Kumar's Padman, her first film under her production house Funnybones Movies.