"You can now stop asking, 'When are you guys gonna have a baby?' Coming soon...," wrote Kishwer Merchant 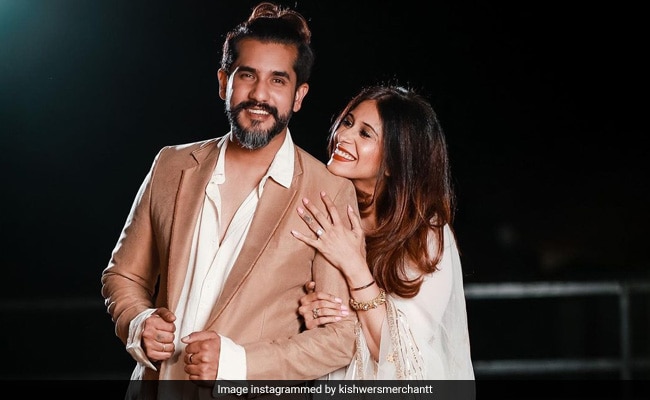 TV couple Kishwer Merchant and Suyyash Rai announced their first pregnancy in a really adorable way on social media on Tuesday. The couple will welcome their first baby in August this year. Kishwer, who is known for her performance in shows like Ek Hasina Thi and Itna Karo Na Mujhe Pyaar, shared a beautiful photo from the beach, in which Suyyash can be seen on his knees and holding the actress' hand as she cradles her baby bump. 'August 2021' can be seen engraved on the sand with a pair of baby shoes placed near it. The sunset view in the backdrop makes the picture more breathtaking.

The couple were showered with an overwhelming amount of love from their friends from entertainment industry. Actress Shilpa Shirodkar wrote: "Omg Kishwer so happy to hear this news. Wishing you and Suyyash many congratulations." TV stars Ishita Dutta and Smriti Khanna wrote: "Congratulations" and "OMG, congratulations guys," respectively.

Suyyash Rai and Kishwer Merchant began dating each other after meeting on the sets of 2010 show Pyaar Kii Ye Ek Kahaani. They had a big fat Punjabi wedding on December 16, 2016. The duo participated in the ninth season of reality show Bigg Boss together.

Apart from being an actor, Suyyash is also a singer.