Ahead of her wedding, Kamya Panjabi shared an update 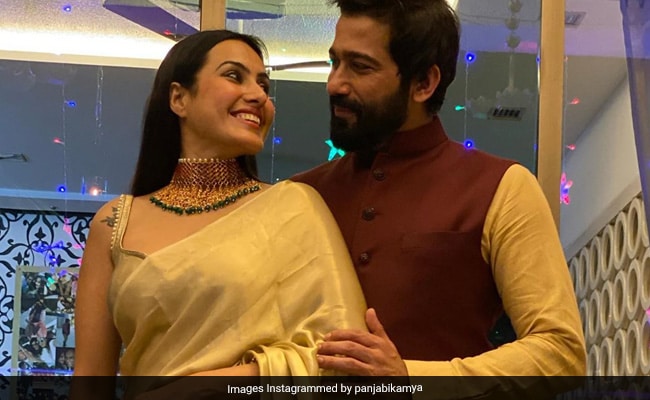 TV actress Kamya Panjabi, who is all set to get married to her boyfriend Shalabh Dang on February 10, this year, shared a glimpse of her wedding invite on her Instagram profile on Saturday, for which she is tending incessantly. The 40-year-old actress posted a boomerang video on Instagram and she captioned it: "Ganapati Bappa Moryaa" and she accompanied it with the hashtag #ShubhMangalKaSha. Kamya's fiancé Shalabh Dang also commented on the post. "Here we start Kasha," he wrote.

Kamya announced her wedding date in an Instagram post last year. "Here I am with my fav picture, with my favourite man, announcing my favourite date. February 10, 2020. Bless us for this new journey, new beginnings," she wrote. This is the post we are talking about:

Kamya Panjabi, who was married to previously married to businessman Bunty Negi for 10 years, got divorced in the year 2013. The actress, in an interview with Bombay Times last year, opened up about her wedding plans and said, "I will be a married woman by this time next year. I contacted Shalabh in February, after a friend told me to consult him about some health woes that I was facing. We got chatting and in a month-and-a-half he proposed."