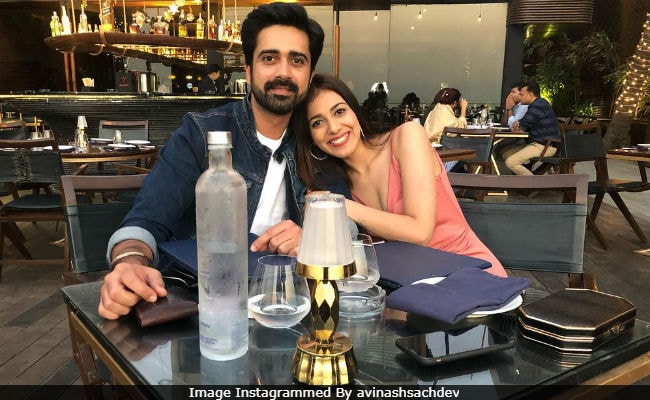 Television actor Avinash Sachdev is apparently dating model-actor Palak Purswani. Reports of their rumoured romance filled up several gossip columns after he posted a picture with Palak Purswani and captioned it as, "Sometimes I wonder how you put up with me, but then I remember oh, I put up with you. So we're even." As per an Indian Express report, the duo have been "dating for a few months now and are happy together." Avinash Sachdev was previously married to his Iss Pyaar Ko Kya Naam Doon?... Ek Baar Phir co-star Shalmalee Desai. They mutually ended their marriage in 2017, following compatibility issues.

"Avinash and Palak have been dating for a few months now. It also came as a surprise to us but they are really happy together. At the moment they are spending as much time as they can getting to know each other well. It's too early to say what lies ahead for them. Since Avinash is busy with his shoot in Jaipur, it has mostly become a long distance affair for them," a friend close to Avinash and Palak told Indian Express.

Sometimes i wonder how you put up with me, but then I remember oh i put up with you. So we're even!

Avinash Sachdev currently features in the TV show Main Bhi Ardhangini while Palak Purswani will be next seen in Dil Hi Toh Hai 2.

Palak Purswani is an alumna of Splitsvilla. Ek Aastha Aisi Bhee is her other TV show.