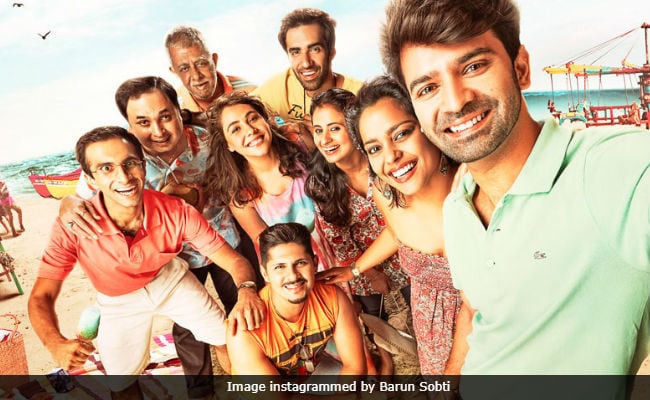 Sometimes we forget how hard it is to be sweet. We try, of course - we the people, we the storytellers - but frequently end up overbearing, saccharine or cloying. The manipulations begin to appear too overt, the intent too blatant, the overtures too damned syrupy. As any confectioner will tell you, the most important thing in any dessert is balance. More sugar isn't the answer (though better sugar helps). It is all about delicacy, nuance, and attention to detail. What is magic if not precisely the right amount of care?

Milind Dhaimade's Tu Hai Mera Sunday is a film so nice it borders on the naive. It is ostensibly about the lack of space to play in a city too busy to stop being busy, but it is about so much more. It is about the city itself, Bombay, and its bizarre, beautiful inhabitants, the impossible people who hold this precarious place together with dreams and duct-tape. It is about the need to stop to smell the roses and the intent to walk away from that which does not make you happy. It is about friendship, and love, and the importance of an occasional outburst. This is, sweetly and surely, a film that cares. 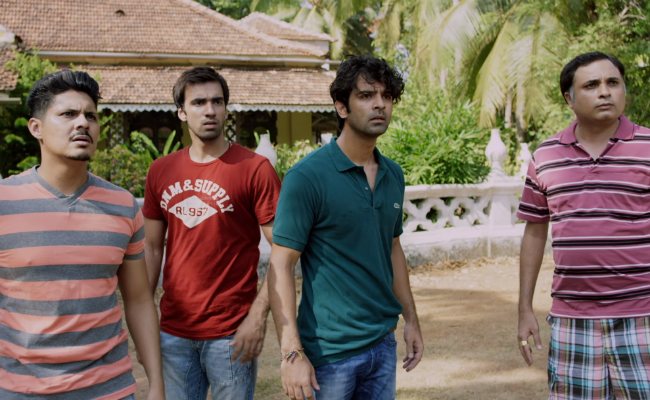 It is also a film that, miraculously, finds a new vantage point from which to look at Bombay. Bombay is a city of and from the movies, a city that has been captured by too many and caricatured by several, one that is familiar without laying a foot in it. Yet Dhaimade and cinematographer Harendra Singh show us the city as I don't remember seeing it before: from an overbridge above the ceaseless traffic, from the traffic itself that struggles to find a rhythm, from a cramped room that looks filmed by a stray webcam. It is at once a time-capsule of Bombay as we know it now and a romanticisation because this can only ever be Bombay. When the characters from the film leave the city briefly, even if we're inside a bus with them, the film begins to breathe. It is impossible not to notice the way the film visually opens up and airs itself out, just like its characters who spread themselves wide. Those of us who love Bombay love also to leave Bombay. 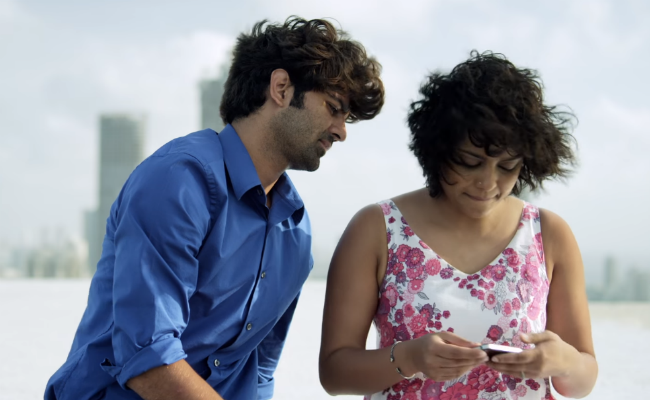 The film is about a group of friends - men with jobs - who meet every Sunday to play some football and blow off some steam. The group is a naturally disparate one, with the straightforward Arjun, the roguish Rashid, the easily-irked Mehernosh, the bratty Dominic and the older guy, Jayesh Bhai, who is always up for another drink or another song but prefers that nobody use bad words. One afternoon they meet an old man who speaks in a "south Indian" language they don't understand, but he knows the word 'ball' and they take him along to the beach with them. This kicks off a series of misadventures but, as with Bombay, the plot is less important than the colour you paint the walls.

The texture is delightful. There is a Catholic boy who defiantly tells his mother that he is an independent adult before asking her to serve him gravy - "only gravy, no peas," he specifies - and a Parsi one who doesn't know where his knees end and a table begins. When typing hateful letters to his boss, he borrows vivid curses from his articulately abusive family members who can't stop squabbling. There is a young woman who blames herself for having birthed deaf children but who refuses to restrain the sunniness of her smile, and there is a character who translates the words "Mujh pe mat jaa" in inimitably, infuriatingly literal Bombay fashion as "Don't go on me." 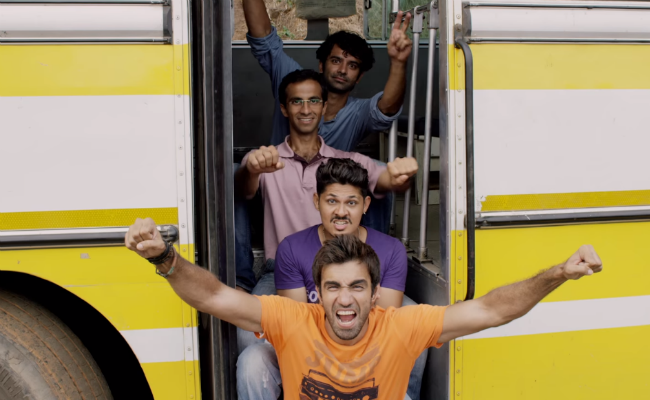 There is a wavy-haired leading man who meets an intelligent girl by virtue of a good deed, and then feels compelled to mention the goodness of his own deed. "I'm a nice guy," he asserts, as if it should be on the record, and she justifiably wonders who talks like that. The two later meet for coffee and find themselves unable to stop grinning awkwardly, and their besotted bemusement reminded me of the very best first date scene in all of Hindi cinema, from Sai Paranjpye's Chashm-e-Buddoor. Dhaimade's film, in its simple and unassuming way, is reminiscent of the flavours of Paranjype, the freshness of early Nagesh Kukunoor, and the realism of Basu Chatterjee. I must here mention that this is his first film, and that he must be celebrated.

The cast is rather fabulous. Barun Sobti, a wavy-haired hero-type with an easy charm, plays Arjun with a great sheepishness, especially when it's hinted that he may be a virgin. Shahana Goswami plays Kavi, the no-nonsense girl he likes (who would like a bit of nonsense after all, thank you very much), and her performance is effortless. The two are lovely together, enough to forgive the film the indulgence of escalating their relationship too fast at the end. Shiv Subramanyam is wonderful as the old man who, as he gets comfortable, regains enough coherence to start using English words, and one of the film's most tender performances comes from Rama Joshi as the harried Catholic mother torn between the children she doesn't want to see grow up. Maanvi Gagroo is quite terrific as a bouncy girl who wants everyone to be in on the fun, Rasika Duggal uses her infectious smile to great effect, while Jay Upadhyay's Jayesh Bhai and Nakul Bhalla's Mehernosh really tie the film together.

The most fascinating character, to me, is Rashid. Played by a wiry and likeable Avinash Tiwary, this is a young man who focusses on wearing the right t-shirts while living in a pigsty of a room, a womaniser who - depressingly enough - knows his place. It is through him that we see the joy of hoarding, of not letting go of the scraps that shape our Bombay pasts, even as a rodent he's trying to catch jumps nonchalantly from trap to trap. That might be this film's biggest lesson. The rat isn't the one racing.