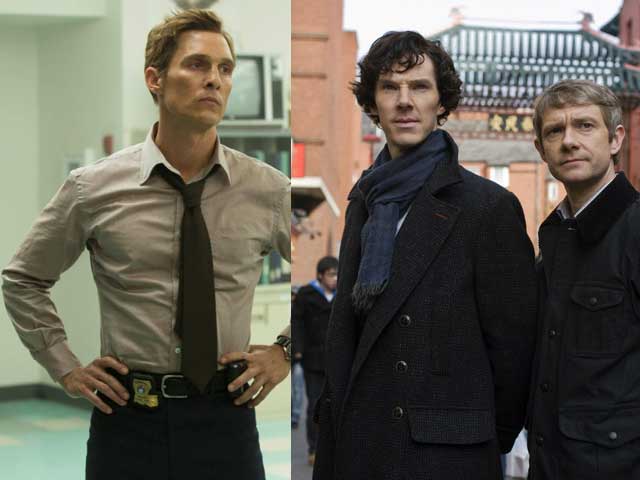 A still from True Detective (left) and Sherlock

True Detective, one of The HBO anthology series took home a prize in International category, beating The Good Wife, House of Cards and Orange Is the New Black.

Unfortunately, Benedict once again failed to take home the Best Actor award. He lost it out to Jason Watkins of The Lost Honour of Christopher Jefferies this time.

The Star Trek Into Darkness actor had been nominated numerous times for the same category in the past years.

Happy Valley took the top honour for Drama Series, while Detectorists was hailed as the Best Situation Comedy.

The Graham Norton Show nabbed an award for Comedy and Comedy Entertainment Program, while Sherlock grabbed the Radio Times Audience Award which was voted by viewers.

Promoted
Listen to the latest songs, only on JioSaavn.com
Mr Norton hosted the Sunday ceremony.

Game of Thrones star Maisie Williams, singer/actress Pixie Lott and singer/television presenter Rochelle Humes were among guests at the event.