Malavika Mohanan was trolled for her choice of outfit 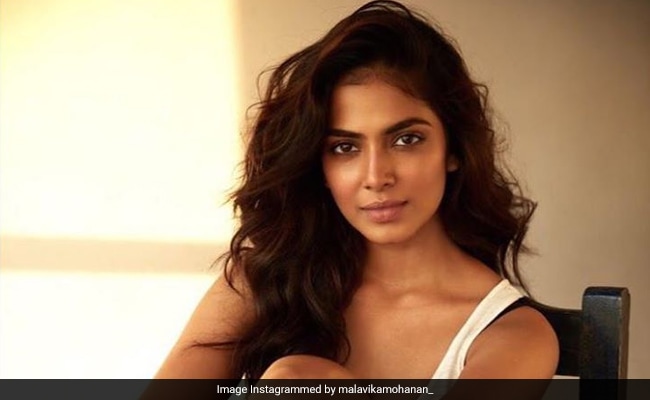 Actress Malavika Mohanan has responded to trolls shaming her for wearing a pair of shorts in an Instagram picture by posting a second similar photo and an absolute zinger as caption: "So many comments and opinions about how a respectable girl should dress. On that note, here, take one more picture of me sitting very respectably wearing whatever the hell I want to wear." Her original post, in which the Beyond The Clouds actress sits on a chair in a pose that seems to have bothered the easily-offended as much as her shorts did the wardrobe police, was flooded with trashy comments such as "We are Indians... aise kapde humari sanskriti ko suit nahin karte" and "Why do you people make others enthusiastic by showing your own body." Malavika, last seen in the Rajinikanth film Petta, clapped back like a boss.

This is how Malavika owned the trolls:

So many comments and opinions about how “a respectable girl should dress”. On that note, here, take one more picture of me sitting very respectably wearing whatever the hell I want to wear :) . . @rahuljhangiani Makeup @nittigoenka Hair @akshatahonawar Styling @triparnam Public Relations @theitembomb

This was the post that brought the trolls out, frothing at the mouth:

I woke up like this. Just kidding. Took 2 hours of makeup(@nittigoenka )and hair(@akshatahonawar ), interrupted by a lot of nonsensical chatter(mainly @theitembomb ), last minute styling heart attacks(@triparnam ), and some kickass skills and tutoring by @rahuljhangiani to finally get this. 🥰

Instagram is prime hunting ground for those who think they have a right to police what women wear - celebrity women, in particular, are easy targets. Deepika Padukone, Disha Patani, Malaika Arora, Sunny Leone, Fatima Sana Shaikh, Soha Ali Khan and Nia Sharma, among other actresses, have been shamed for their choice of outfits in the past. Deepika, trolled for a skin-baring image from a Maxim photoshoot, responded by coolly posting another picture, like Malavika. Fatima enraged trolls by wearing a swimsuit on a Malta beach - it happened to be Ramzan and she was accused of being 'un-Muslim,' a charge similarly levelled at Soha for wearing a saree. Disha was once advised to not 'expose so much.'

These pearls of wisdom have been roundly ignored by the women in question although, as the reactions to Malavika's post show, it's no deterrent.

Malavika Mohanan, who had shared the screen with Ishan Khatter in critically acclaimed film Beyond The Clouds, had also worked with Rajinikanth in Petta. Talking about her film selection, Malavika told news agency PTI: "There is no way you can choose who you want to work. I am too new to make those decisions for myself... But I want to work with good artistes, good directors and actors."