Beyond The Clouds Director Majid Majidi Says, 'We Can Have New Satyajit Rays'

Majidi's 2015 film Muhammad: The Messenger of God was screened at the Kolkata International Film Festival 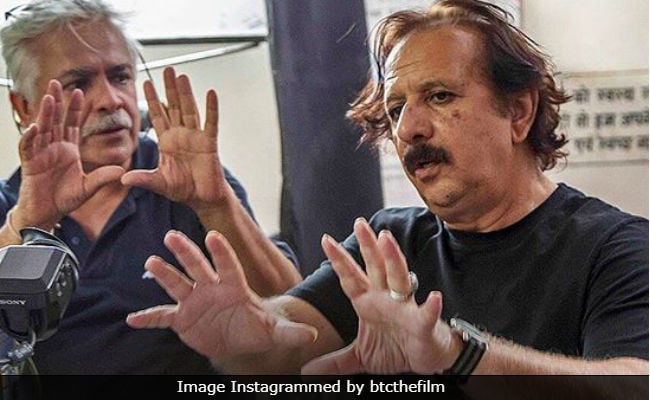 Majid Majidi on the sets of Beyond The Clouds. (Image courtesy: btcthefilm)

Iranian and Bollywood films is while the former is based on realities and social subjects, Bollywood films attaches more importance on the commercial side, celebrated Iranian director Majid Majidi said on Sunday. Iranian cinema is based on realities, real locations,social subjects and human values, said Majidi, who had directed a Bollywood flick Beyond the Cloudslast year. "Bollywood cinema is also important from the commercial side," he told a press meet at the 24th Kolkata International Film Festival (KIFF).

"There is a very well balanced, new generation in India and if they get the right kind of support, that could be good for independent film makers in India... we can have new Satyajit Rays," Majid said

Majidi, whose 2015 film Muhammad: The Messenger of God was screened at the KIFF before the press meet, said, "In India you (also) have social subjects and interesting stories."

Asked if language is a barrier in film making, the 59-year-old Iranian director said, "My films come from reality and heart and when it is based on heart, it can be acceptable for all audiences." He said the full house at Nandan showed that the audience was actually connected "to my feeling."

In deference to religious sentiments, he said he decided not to show the face of Muhammed because of the holy aspect. Asked about censorship hurdles, he said, different governments have different views on the issue."It is important to pass the (censor) board's directive in a right way while keeping intact the vision of director," Majidi, the maker of Children of Heaven said.

He cited example of two different regimes in Iran having different yardsticks of censor and said it was a challenge for a creative person to find his own ways.