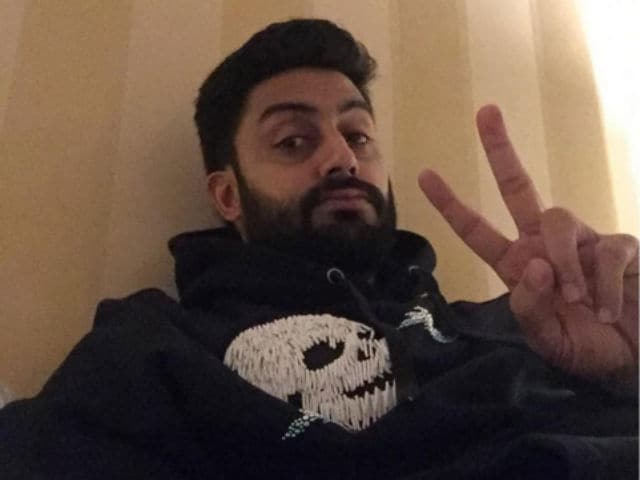 New Delhi: The VIP stand at Kolkata's Eden Gardens on Saturday was packed with the likes of Amitabh Bachchan, Sachin Tendulkar and Mukesh Ambani watching the India vs Pakistan T20 thriller. Big B, who sang the National Anthem before the match, was accompanied by son Abhishek - they had flown to Kolkata from the TOIFA Awards in Dubai. On Twitter, Abhishek's presence appeared to cause as much comment as India's victory. On Monday morning, two days later, the 40-year-old actor was still trending.

On Sunday, Abhishek - never shy of engaging with trolls - responded to a derisive tweet about his celebrity status.

@mainbhiengineer haha. Good try! "Least known celebrity"?Isn't that a bit of a contradiction? Chalo at least you think I'm worthy of a tweet

It soon became a full-blown argument, with the actor's 2008 turkey Drona invoked:

@mainbhiengineer well a million tweets will most probably take you a lot more than 3 hrs and will cost you more than 300rs. U do the maths!!

@juniorbachchan Sir script can generate million tweets in secs, but unlike your films I want you to get the real love not the mechanical

@mainbhiengineer "I'm not a movie named Drona"? Of course not. you are Mainbhiengineer. That makes complete sense and logic! Well done.

Other users commenting on the thread and in separate tweets were equally divided between defending Abhishek and denouncing his films.

Abhishek Bachchan has a history of battling trolls. Last June, an incendiary tweet about his little daughter Aaradhya was instantly lacerated by the actor himself and several others. The actor later told news agency PTI, "I do understand that both me and my wife and my parents (Jaya and Amitabh Bachchan) are public figures but my daughter is off limits. I am not here to talk about her. I said what I had to." (Also Read: From the Khans to Shruti Seth, 10 Celebs Trolled in 2015)

In October, Abhishek had a showdown with stand-up comic Karan Talwar. This was Karan's provocative tweet: "Life is not about answers but questions. Where is my career going? Am I making enough money? Why am I still following @juniorbachchan?"

Abhishek had the perfect response: "Here are the answers: 1. Nowhere 2. For your skill set? Hell yeah! 3. I don't know. I unfollowed you years ago."

Twitter mostly took Abhishek's side, describing Karan Talwar, who retired hurt, as 'no longer funny,' a 'leech' and a 'cheap person.'

Last seen in 2015's All Is Well, Abhishek Bachchan is currently filming Housefull 3.