The teaser of Game Over, starring Taapsee Pannu, dropped on the Internet on Wednesday 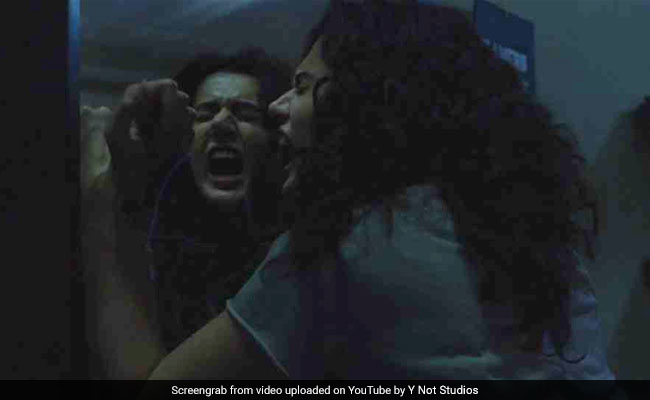 The teaser of Game Over, starring Taapsee Pannu, dropped on the Internet and it appears to be quite intriguing. Taapsee Pannu appears to be either a professional gamer or a video game enthusiast, whose life turns into a living hell following a set of eerie events. The nearly one-and-a-half minute teaser is devoid of dialogues and comes with only this explanation: "We all have two lives... the second one starts when we realise, we only have one left." From the scenes in the teaser, it appears that an unnatural force is after Taapsee, who trying her best to stay away from it.

Watch the teaser of Game Over here:

Game Over is written and directed by Ashwin Saravanan and the film was simultaneously made in Tamil and Telugu. Game Over also stars Vinodhini Vaidyanathan and Anish Kuruvilla. The film opens in cinemas on June 14.

Taapsee featured in several Tamil and Telugu films for three years before she debuted in Bollywood with Chashme Baddoor. Her last Tamil film was 2015's Vai Raja Vai while she starred in 2018 Telugu film Neevevaro.

Taapsee Pannu was last seen in interrogation drama Badla along with Amitabh Bachchan. She is currently awaiting the release of Saand Ki Aankh, based on the lives of octogenarian sharpshooters Chandro and Prakashi Tomar.

After Game Over, Taapsee Pannu will make another supernatural thriller with director Anurag Kashyap, with whom she worked in 2018 film Manmarziyaan. "I always knew I will work again with Anurag considering the experience I had during Manmarziyaan but didn't know it will happen so soon. I am looking forward to this film as I have not explored supernatural genre in Hindi films as yet," Taapsee said in a statement, reported news agency IANS.