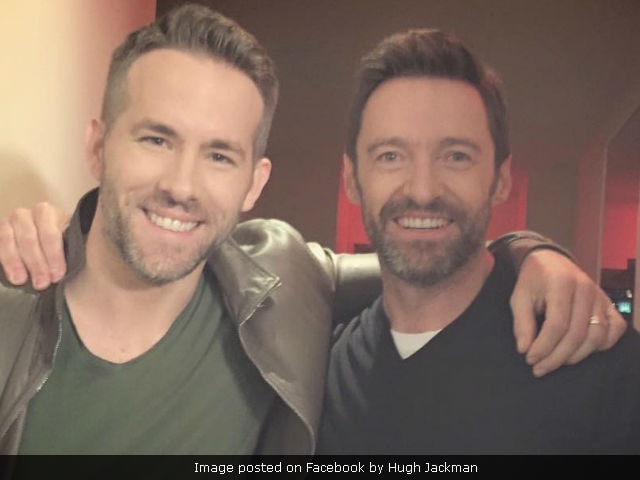 New Delhi: Ryan Reynolds vs Hugh Jackman is as entertaining as Matt Damon vs Jimmy Kimmel, especially if you have been tracking their social media exchanges. Their mock feud is trending again after Ryan Reynolds hilariously trolled his X-Men Origins: Wolverine co-star Hugh Jackman a couple of days ago. Hugh Jackman's film Logan (the last Wolverine film of the X-Men series) released to tumultuous response on Friday. Ryan Reynolds' Deadpool 2 trailer, which is being shown with Logan, also released online over the weekend and went crazy viral. And as if making headlines through his superhero film (also part of the X-Men series) was not enough, Ryan 'mocked' Hugh Jackman's fan following in Beijing. The Wolverine star posted a picture from Beijing which shows a crowd cheering for him with posters of his latest film Logan. But Ryan was "pretty sure" that they were "protesters" and not "fans."

Here's a tweet exchange which will make you ROFL:

Thanks for an amazing visit Beijing! @WolverineMovie@20thcenturyfoxpic.twitter.com/FsbuNpXMQ1

Pretty sure those are protesters. https://t.co/URNGDCg0cO

As Deadpool, Ryan sends up Hugh Jackman in No Good Deed, the Deadpool 2 short, doing a pretty fair imitation of his Australian accent.


Last year, Hugh Jackman took a jibe at Ryan Reynolds when he received a star on the Hollywood Walk of Fame. He posted this video on Twitter in which he pretended to be Ryan Reynolds (using a cardboard cut-out) and said: "Ryan Reynolds here, how could a guy who failed his high school drama class be this talented? I have no answer for that. But to quote my favourite actor, in the world, the great Australian Hugh Jackman, who, by the way, was People's sexiest man alive way before me, Americans are the most generous country on the planet."

@VanCityReynolds asked me to post this 100% real video by him on being honored with a star on Hollywood's Walk of Fame today. pic.twitter.com/LE4dQXpTuV

Deadpool was the first standalone film starring the superhero in the X-Men series and released to great acclaim last year.

Promoted
Listen to the latest songs, only on JioSaavn.com
Meanwhile, Logan is dominating the box office scenario worldwide. The film released on March 3 and collected a whopping $88.4 million over the weekend, reports news agency AFP. In Logan, Hugh Jackman stars as Wolverine one last time. Logan is the actor's 13th outing in the X-Men series, which began in 2000 and has so far made $4.4 billion in box office revenue, according to AFP.

In Logan, an ageing and creaky Wolverine (Hugh Jackman) comes out of hiding to save a young mutant girl (played by Dafne Keen) whose powers are much like his own. Logan is directed by James Mangold and also stars Patrick Stewart and Boyd Holbrook.