TV actor Dheeraj Dhoopar, who attended the wedding of Shiny and Lavesh, also posted a photo with the newlyweds 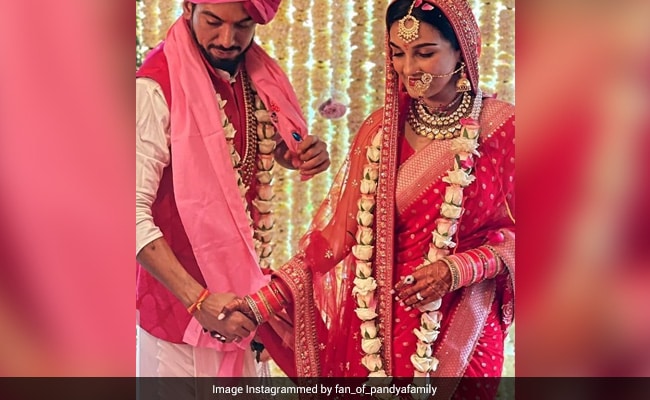 Television actress Shiny Doshi and her longtime boyfriend Lavesh Khairajani got married in an intimate ceremony on Thursday. Pictures from the couple's wedding are sugar, spice and everything nice. Shiny Doshi, who currently features in TV series Pandya Store, looked every bit of stunning in a red bridal saree and matching dupatta. Lavesh Khairajani complemented her in a white kurta and red jacket. TV actor Dheeraj Dhoopar, who attended the wedding of Shiny and Lavesh, posted a photo with the newlyweds and wrote: "Shiny and Lavesh's Day of Love." The photos also feature actress Vinny Arora Dhoopar.

Check out the viral pictures from Shiny Doshi and Lavesh Khairajani's wedding here:

Last month, Shiny Doshi posted a loved up photo of herself and Lavesh Khairajani and captioned it: "You make me happy. #youcompleteme #mylove #blessingtohaveyouinmylife."

Shiny Doshi made her TV debut with Sanjay Leela Bhansali's 2013 soap opera Saraswatichandra. She played the role of Kusum Desai in the show that aired on Star Plus. Post that, the actress featured in the lead role in TV show Sarojini - Ek Nayi Pehal. She is also known for playing the role of Samaira Ghosh in Bahu Hamari Rajni Kant. In Jamai Raja, Shiny Doshi starred opposite Ravi Dubey. In 2017, she participated in the eight season of reality show Fear Factor: Khatron Ke Khiladi.