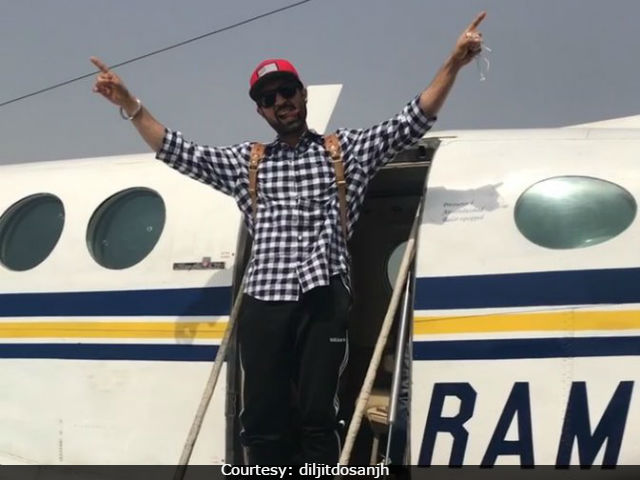 New Delhi: Actor-singer Diljit Dosanjh has bought a private jet and has shared the news with his fans on Twitter. Diljit, who last featured in Anushka Sharma's Phillauri, is currently prepping for Dream Tour, a concert, which would begin in May. "New beginning starts with private jet," the actor captioned his post. He also uploaded a video from inside his private jet and wrote, "Thug Life, Jet Life." During the Dream Tour, Diljit will be performing in Vancouver, Edmonton, Winnipeg and in Toronto. Diljit Dosanjh, 33, debuted in Bollywood with the 2016 hit film Udta Punjab, in which he co-starred Alia Bhatt, Shahid Kapoor and Kareena Kapoor Khan. He also won the Filmfare Best Male Debut Actor award for Udta Punjab.

Check out these pictures and video of Diljit and his private jet.

Diljit, a Punjabi superstar, debuted in the entertainment industry with The Lion of Punjab in 2011. He is the star of films like Jatt and Juliet, Disco Singh and Punjab 1984. He awaiting the release of Super Singh, a Punjabi superhero film. Produced by Balaji Motion Pictures, the film hits the screens on June 16. "It has been a great journey with Balaji and after Udta Punjab, us coming together for Super Singh makes it all the more special," news agency IANS quoted Diljit as saying. The film is directed by Anurag Singh.

Promoted
Listen to the latest songs, only on JioSaavn.com
After Phillauri's release, Diljit via an Instagram post, thanked his fans and the Hindi film industry for all the love and support. "The Hindi film industry which accepted with open arms, blessed me with love and made this journey possible," he wrote.

Diljit currently features in Rising Stars, a singing reality show, as one of the judges.