"When I was offered the role of Komolika, I instinctively knew that this is what will challenge me the most as an actor," said Aamna Sharif 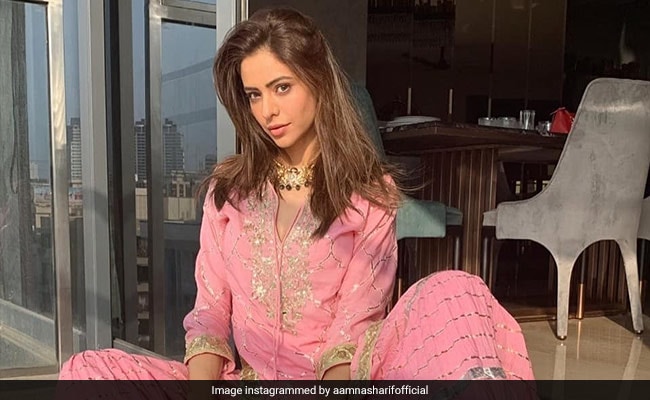 Hey folks, the wait is finally over. Say hello to the new Komolika. Aamna Sharif is all set to play the role of Komolika in the popular TV show Kasautii Zindagii Kay 2. As of now, the show's producer Ekta Kapoor has not announced the news officially. However, in a recent interview with  Times Of India, Aamna announced her association with the project. The actress said that she "instinctively knew" that Komolika will be one of the most challenging roles that she has played so far and added, "So, when I was offered the role of Komolika, I instinctively knew that this is what will challenge me the most as an actor."

Aamna, who has mostly portrayed positive characters on the small screen, said that she would like to "surprise the audience" by playing a negative character and added, "The reason for the break was the need to reinvent my personal life. It would have been easy to stay in my comfort zone and come back with a love story, but that wouldn't have satiated me as an actor. It's always a different kind of rush to surprise your audience."

Before Aamna Sharif, Hina Khan was playing the role of Komolika in the show, a character that was originally made popular by Urvashi Dholakia in the original season of the show that also featured Shweta Tiwari and Cezanne Khan in the lead roles. After Hina Khan's exit from the show, Ekta Kapoor posted a special message for the actress. However, she did not spill the beans on who has replaced Hina Khan in the show. "Will miss you Komo (Hina Khan). You've been awesome... Will do something big soon. Ab Komo Kaun?" wrote Ekta Kapoor.

Aamna Sharif is best-know for featuring in TV shows like Kahiin Toh Hoga, Ek Thhi Naayika and Hongey Judaa Na Hum. She even featured in the 2014 film Ek Villain.