Hina Khan played Komolika for a few months before she quit the show. 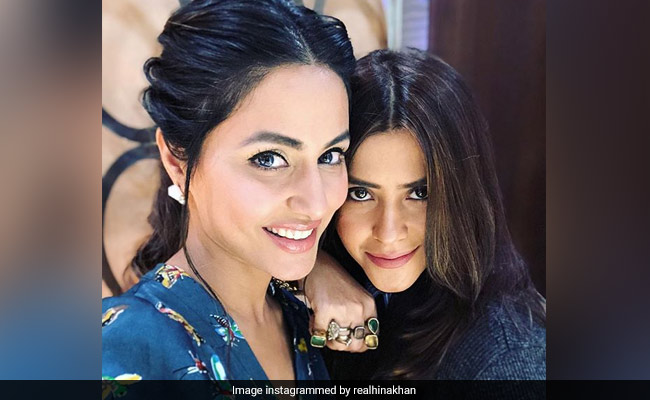 Television czarina Ekta kapoor on Tuesday formally announced actress Hina Khan's exit from popular show Kasautii Zindagii Kay with the promise that she'll collaborate with her on 'something big soon.' Hina Khan played iconic television villain Komolika, a character which was made popular by Urvashi Dholakia in the original series, on the show. "Will miss you Komo (Hina Khan). You've been awesome... Will do something big soon. Ab Komo Kaun?" Ekta Kapoor captioned the post, which she first shared in October 2018 to introduce Hina Khan as Komolika.

Komolika was introduced on the show to disrupt protagonists Prerna (Erica Fernandes) and Anurag's (Parth Samthaan) life. Her track ended earlier this year after Karan Singh Grover's entry as Mr Bajaj, who is the current disruptive element in Prerna and Anurag's life. Now, going by Ekta Kapoor's announcement, it seems that soon Komolika will re-enter the show soon to add to the mayhem and chaos.

Ekta Kapoor formally announced she's on the lookout for the new Komolika today but several media reports floated the names of actresses like Aalisha Panwar (Ishq Mein Marjawan), Jasmin Bhasin (Dil Toh Happy Hai Ji) and Gauahar Khan, who are reportedly being considered for the role in the show. Ekta Kapoor has neither confirmed nor denied these reports.

Meanwhile, Hina Khan quit Kasautii Zindagii Kay shortly before her Cannes 2019 appearance, after which she started filming movies like The Country Of Blind and Damaged 2.