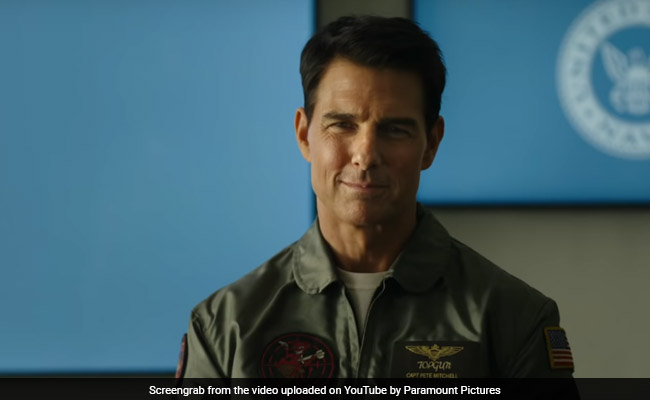 Aviators, buckle up, because Tom Cruise is back as Captain Peter 'Maverick' Mitchell in the second trailer of Top Gun: Maverick. A director sequel to 1986 film Top Gun, also headlined by Tom Cruise, the film has the 57-year-old actor being re-assigned as an instructor pilot after thirty years of service as a "one of the finest pilots this programme has ever produced." The first trailer of the film, surprise dropped at the Comic-Con in July, revealed that Captain Peter Mitchell has not only not risen in rank but has also "refused to retire" and "failed to die despite his best efforts". The second trailer has Tom Cruise saying: "I have to admit I wasn't expecting an invitation back" when he's assigned to train a new batch of Top Gun aviators for a special mission.

"Good morning, aviators. This is your captain speaking. Today's exercise is dog-fighting," a mid-air Tom Cruise says to the new batch, who laugh it off, only to find "What he has to teach them may very well mean the difference between life and death." The trailer also has a mustachioed Miles Teller playing Lieutenant Bradley Bradshaw, call sign Rooster. He is actually the son of Maverick's partner Goose, who died in the original film.

The first trailer was released in July, with Tom Cruise telling us the film is a "love letter to aviation":