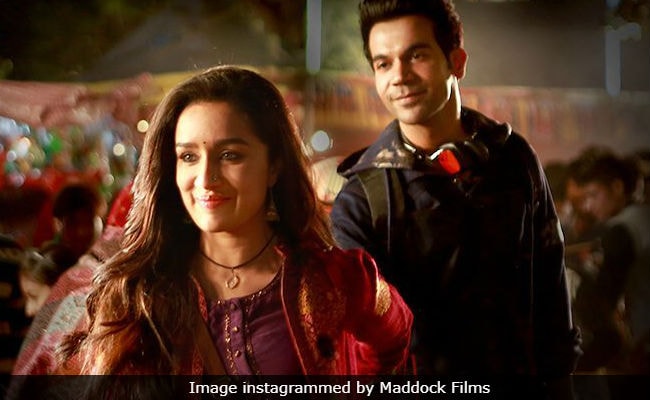 Bollywood is all set to tickle your funny bone today with the release of Stree and Yamla Pagla Deewana: Phir Se. Rajkummar Rao and Shraddha Kapoor's Stree is comedy with a punch of horror. Yes, horror and comedy mixed together is the USP of this Amar Kaushik-directed film. Stree is apparently inspired by an urban legend, which states that a woman's ghost (whom the villagers call Stree) is behind the unexplained disappearances of several young men. The makers of Stree have adapted this local rumour in a story which will be presented by Shraddha and Rajkummar.

In the film, Rajkummar plays the role of tailor who is love with Shraddha Kapoor's character, who is mysterious in many ways. Though a love-struck Rajkummar cannot see the eccentricities of Shraddha, his friends warn him. To know what happens next, book your tickets ASAP.

Meanwhile, watch the trailer of Stree:

As we said before, Stree is not the only big release of the day. Dharmendra and his sons Sunny and Bobby Deol are back in theatres near you with the third film in the Yamla Pagla Deewana series. Despite the critical and commercial failure of the previous two films, the Deols are not ready to give up. The Navaniat Singh-directed film also stars Shatrughan Sinha and Kriti Kharbanda.

For a special song in the film, titledRafta Rafta Medley, the Deols also managed to converge celebs such as Rekha, Salman Khan and Sonakshi Sinha.

So, which film do you pick this week? Tell us in comments below.