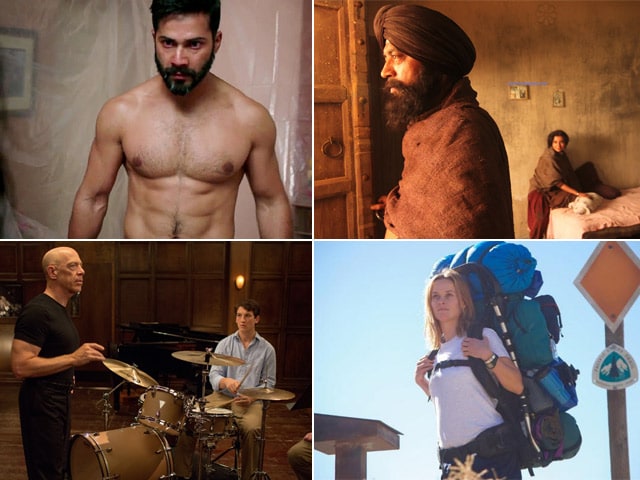 A still from Badlapur, Qissa, Whiplash and Wild.

Badlapur extracts Varun Dhawan from his comfort zone of rom-coms and casts him as a 40-year-old in search of his wife's killer. The film co-stars Nawazuddin Siddiqui, Huma Qureshi and Yami Gautam.

The second Bollywood offering is Irrfan Khan's Qissa, which tells the tale of a displaced Sikh family after the partition of 1947.

The creme de la creme of Hollywood is also on offer for Indian audience. This week's releases include Oscar-nominated film Whiplash. The film is about the relationship between a young drummer (Miles Teller) and his mentor (JK Simmons) who will stop at nothing to realize a student's potential.

Promoted
Listen to the latest songs, only on JioSaavn.com
The other Hollywood biggie releasing this week is Wild, which earned its actresses Reese Witherspoon and Laura Dern Best Actress and Best Supporting Actress nominations at the Oscars.

Other films up for release are Monsoon, Bandipotu, Fireman and Sandamarutham.