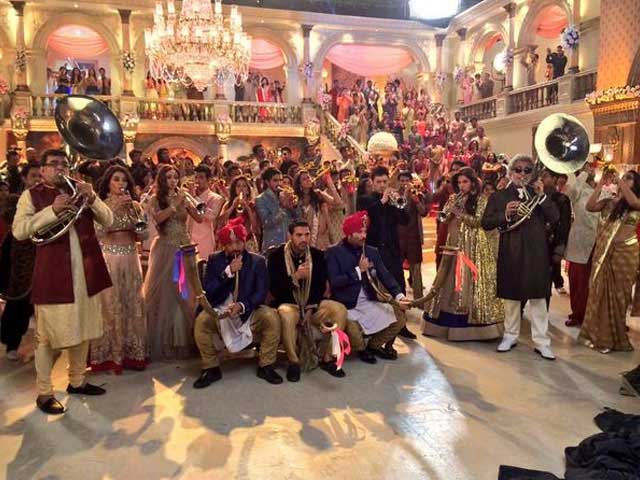 A still from Welcome Back

New Delhi: With little or no competition, the box office might prove lucky for Anees Bazmee's much-awaited comedy drama Welcome Back which releases today. The movie is a sequel to the 2007 box office hit Welcome, which starred Anil Kapoor, Nana Patekar and Akshay Kumar.(Also Read: Movie Review: Welcome Back)

This time, however, instead of Akshay, it is John Abraham who joins the league as Ajju bhai. Anil will reprise his role as Majnu bhai while Nana Patekar, once again, will lead the hierarchy of gangsters in the family. Bollywood veterans like Naseeruddin Shah, Paresh Rawal and Dimple Kapadia too will star alongside actors Shruti Haasan and Shiney Ahuja.

Shiney, who was last seen in the 2012 horror movie Ghost, will make a comeback with the comedy drama. ( ALSO READ: How Shiney Ahuja Was Cast in Welcome Back)

Meanwhile, Hollywood has two movies on offer - The Transporter Refueled and Hitman: Agent 47.

In the contemporary version of the Transporter franchise, protagonist Frank Martin will be portrayed by newcomer Ed Skrein who gets embroiled in a challenging and dangerous chain of events, led by his own love interest. From the producers of Lucy and the Taken series, it is a reboot of the Transporter set of movies that made Jason Statham a star.

Hitman: Agent 47 tracks the story of a genetically engineered assassin, who in the wildest turn of events comes face-to-face with his own past. The only ally in his war with the deadliest of enemies is a young woman, who may have the secret to helpl him win the battle.