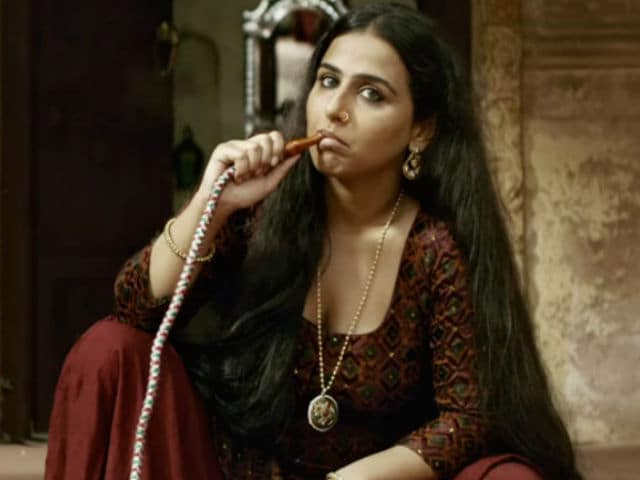 New Delhi: Actress Vidya Balan's film Begum Jaan hits the screens today. The film is an adaptation of Bengali film Rajkahini with Rituparna Sengupta in lead role. Both films share their director - Srijit Mukherji. In Begum Jaan, Vidya Balan plays the role of a brothel madam, who owns a haveli in the outskirts of the city. When the East India Company proposed the division line (aka the Radcliffe line) for India in 1945, it passed through Begam Jaan's haveli. She denies vacating the property despite requests from a local nawab played by Naseeruddin Shah or the threats by goons and East India Company officials.

Begum Jaan prepare for battle against all forces to ensure she retains the ownership of her home or dies fighting. Begum Jaan also stars Gauahar Khan and Pallavi Sharda.

From Hollywood, Vin Diesel, Charlize Theron and Dwayne Johnson's Fate Of The Furious has also released. The film is the eighth in Fast & Furious series and the first without Paul Walker, who died in a road accident before completing filming of the seventh film - Furious 7.

In the Fate Of The Furious, Dominic Toretto (played by Vin Diesel) turns rogue after his closet friend Brian O'Conner (played by Paul Walker) leaves their group. He joins cyber-terrorist Cipher, played by Charlize Theron. Has Toretto really changed his allegiance? Learn that in theatres near you.

Talking about competition with Fate Of The Furious, director Srijit Mukherjee said: "My film will be seen and judged for its own merits," reported news agency IANS.