Today's Big Release: Soorma And Ant-Man And The Wasp

Between Soorma and Ant-Man And The Wasp, which one's your pick of the week? 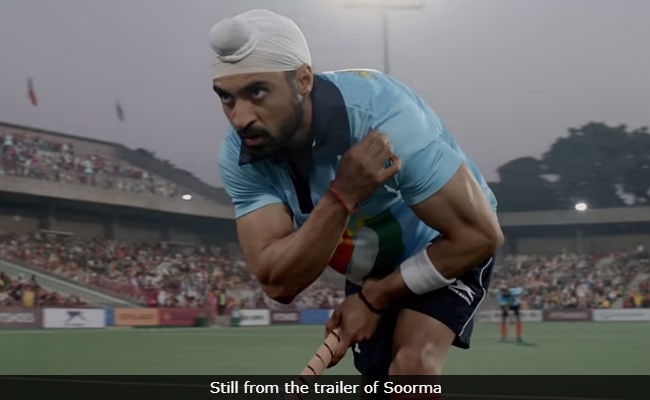 Cine-goers are in for a tough choice today - Bollywood presents the inspiring story of legendary hockey player Sandeep Singh while Hollywood serves the story of another Marvel hero Ant-Man on the silver platter. Soorma, starring Diljit Dosanjh and Taapsee Pannu, releases today almost a month before another film on hockey (Akshay Kumar's Gold). Soorma chronicles the story of Sandeep Singh, a hockey champion who was paralysed waist-down after he was hit by a bullet in the train on his way to join the Indian team leaving for Hockey World Cup in 2006. It took him two years to recover fully and he returned to the game deadlier than before in 2008. The film covers the 2009 Sultan Azlan Shah Cup victory and Olympics 2012 qualification under his captaincy.

Speaking about the story of Sandeep Singh, actor Diljit Dosanjh said: "I knew that he was the captain but didn't know he was shot on his back. What I didn't know was, how a man who was shot, stood up, recovered and made a world record. It was shameful, but we didn't know." Taapsee Pannu, who also plays the role of a hockey player in the film added: "There was a guilt that why weren't we aware. It is just probably a way to rectify it. Let us be the medium to present his story. I hope now no one else says the same after the film."

Soorma is produced by Chitrangada Singh and it is directed by Shaad Ali.

Meanwhile, a new superhero from the Marvel Cinematic Universe gets to share his side of story in new film Ant-Man And The Wasp. Ant-Man previously featured in Captain America: Civil War in Steve Roger's team but he was absent in the Avengers' fight against Thanos in Avengers: Infinity War. The story of Ant-Man And The Wasp is set before the events of Infinity War but the mid-credits scene reveal that the plots merge after the end of this film.

If you're an MCU fan then you cannot miss Ant-Man And The Wasp to maintain the story continuum.