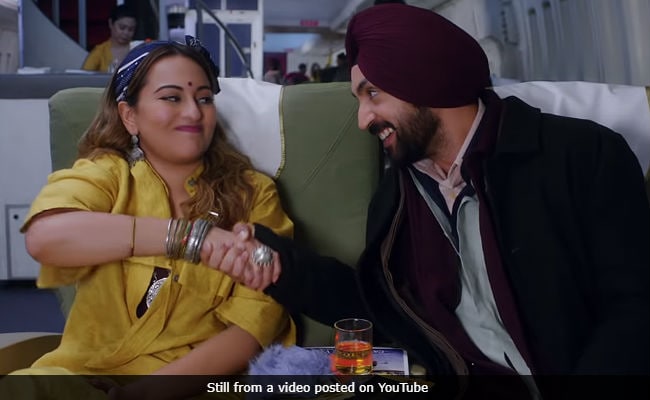 New Delhi: Ready or not, Sonakshi Sinha and Diljit Dosanjh are ready to show their new film Welcome To New York. Directed by Chakri Toleti, Welcome To New York promises to tickle your funny bone like never before. Welcome To New York is the story of two unlikely youngsters living in India in search of a better life. An unexpected trip to New York sets them off on a comic adventure that changes their lives forever. The film also stars Lara Dutta, Boman Irani, Rana Dagubbati, Ritesh Deshmukh and - wait for it - Karan Johar (in double role).

Watch the trailer of Welcome To New York:

Recently the film ran into a controversy after singer-turned-politician Babul Supriyo objected to Pakistani singer Rahat Fateh Ali Khan singing the song Ishtehaar in the film.

Bollywood has another romantic comedy to offer today. Director Luv Ranjan's Sonu Ke Titu Ki Sweety also opens in theatres today. The team of Pyaar Ka Punchnama is back with a fresh love story - only this time it's a love triangle. The film features Kartik Aaryan, Nushrat Bharucha and Sunny Singh in lead roles.

From Hollywood, Oscar-nominated Three Billboards Outside Ebbing, Missouri will tempt you to step into the theatres. The Martin McDonagh-directed film received seven nominations at the 90th Academy Awards, including that for Best Picture, Best Actress and Best Supporting Actor.

Three Billboards Outside Ebbing, Missouri is already a favorite at the international award shows. It won four out of the six awards it was nominated for at the Golden Globes. At BAFTA held earlier this week, the film won two prizes - Best Film and Best Original Screenplay.

Watch the trailer of Three Billboards Outside Ebbing, Missouri:

So what's your pick for the weekend?