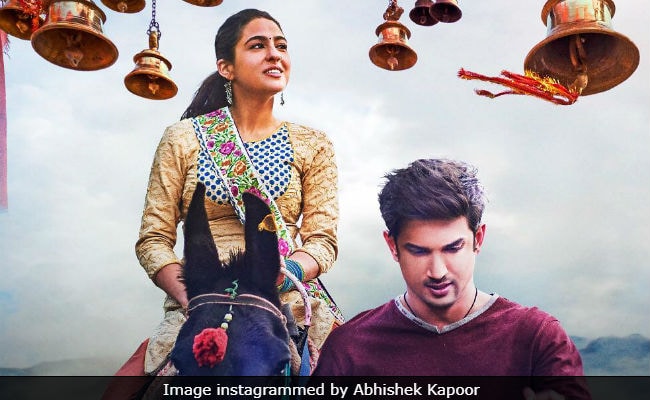 After Sara Ali Khan appeared on Koffee With Karan 6 everyone's curious to know if she is that feisty on the big screen too. Well, it's a big day for Sara Ali Khan as her debut film Kedarnath opens in theatres today. After several ups and downs (more about that later), the Abhishek Kapoor-directed film will see the light of day and cine-lovers eagerly waiting to watch the daughter of Saif Ali Khan and Amrita Singh, on the big screen will get to see Sara Ali Khan, the actor. Kedarnath is the love story of a Muslim porter and a Hindu pilgrim set against the backdrop of 2013 Kedarnath floods.

Before Ronnie Screwvala, Kedarnath was jointly produced by Abhishek Kapoor's The Guy In The Sky Pictures and Prernaa Arora's KriArj Entertainment. However, due to differences in the budget planning, the film's release date was delayed. Later, Prernaa stepped down and RSVP Movie saved the day for Kedarnath. While Abhishek Kapoor and Prernaa Arora were battling for funds, Rohit Shetty announced Sara as the heroine of his film Simmba, starrinng Ranveer Singh in lead role, and briefly it seemed that Simmba would be Sara's first film.

However, everything place into place and Kedarnath got a green signal before Simmba, which opens in theatres on December 28.

Watch the trailer of Kedarnath:

Meanwhile, if you do not feel like going to theatres today then Netflix has a brilliant option too. Mowgli: Legend of the Jungle, directed by Andy Serkis, premieres on Netflix today. The voice cast of the Hindi version of the film includes Abhishek Bachchan (Bagheera), Anil Kapoor (Baloo), Madhuri Dixit (Nisha), Kareena Kapoor (Kaa) and Jackie Shroff (Shere Khan).

Watch the trailer of Mowgli:

The film is based on stories collected in All The Mowgli Stories by Rudyard Kipling.