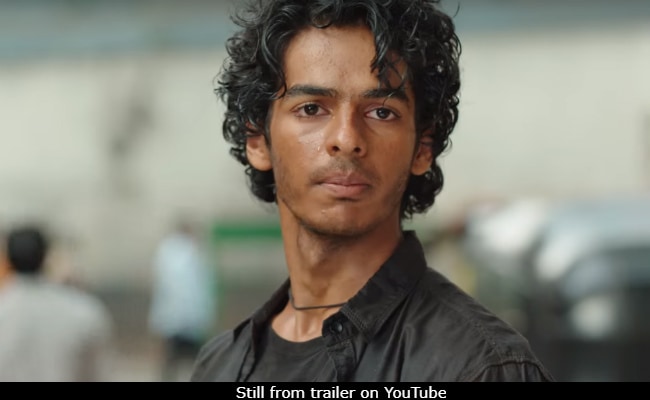 Ishaan Khatter in a still from Beyond The Clouds (courtesy: YouTube )

New Delhi: Majid Majidi's Beyond The Clouds hits screens today. The much talked about film by the Iranian filmmaker stars Shahid Kapoor's brother Ishaan Khatter and South actress Malavika Mohanan in the lead roles. Ishaan makes his debut in a full-fledged role with the movie - he previously made a blink-and-miss appearance in Shahid Kapoor's Udta Punjab. Majid Majidi's Beyond The Clouds centres around two orphaned siblings - Tara and Amir, played by Malavika and Ishaan respectively. Beyond The Clouds has already been critically acclaimed after it premiered at the BFI London Film Festival last year. Today, it releases in screens across the world.

Abhay Deol's horror comedy Nanu Ki Jaanu also releases today. Also starring Patralekhaa and Reshma Khan, Abhay Deol's new film is centred on a land broker in Mumbai, who tries to handle the arrival of a supernatural being in his home. Instead of dealing with those looking for rent, now Abhay Deol has to deal with a ghost. Nanu Ki Jaanu is directed by Faraz Haider and is Abhay Deol's first film 2016's Happy Bhag Jayegi.