Madhur Bhandarkar's Indu Sarkar is set during the Emergency. Meanwhile, Mubarakan will tickle your funny bone 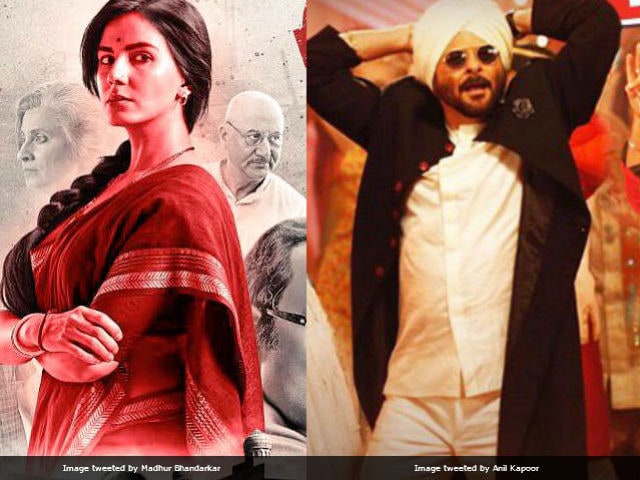 Stills from Indu Sarkar and Mubarakan. (Images by Madhur Bhandarkar and Anil Kapoor)

The wait to watch Madhur Bhandarkar's Indu Sarkar is over as the film hits the screens today after facing opposition from the political circuit. Madhur Bhandarkar's film is set during the Emergency but the director categorically said that Emergency just serves as a backdrop of the actual story of his protagonist named Indu Sarkar (played by actress Kirti Kulhari). He told NDTV that the film is the story of Indu and her husband Navin Sarkar (played by Tota Roy Choudhury) and how their happy relationship turns our due to their opposing views on the Emergency. "It's a beautiful human relationship story and that's what I wanted to convey but I didn't know this reaction would come out of it," he said.

Speaking to NDTV, Mr Bhandarkar reiterated the Emergency is just used as a backdrop to flesh out a love story during testing times. He said that all the information about Emergency used in his film is available in documentaries and books too. "I don't why don't I have my freedom of expression when people have written books about it? Why not approve a film also? Why are you trying to put obstacles for a film?" he said.

On a lighter note, Anees Bazmee's Mubarakan, starring Anil Kapoor, Arjun Kapoor, Ileana D'Cruz and Athiya Shetty also hits the screens today. The wedding dramedy features Arjun in a double role. He plays Charan, who is engaged to his lookalike Karan's girlfriend while Karan is engaged to Charan's girlfriend. The only person who can fix the comedy of errors is Karan and Charan's uncle Kartar Singh, played by Anil Kapoor.

Backed with peppy music and comic dialogues, Mubarakan is all set to tickle your funny bone.

The other films releasing week are Baarat Company and Valerian and the City of a Thousand Planets.