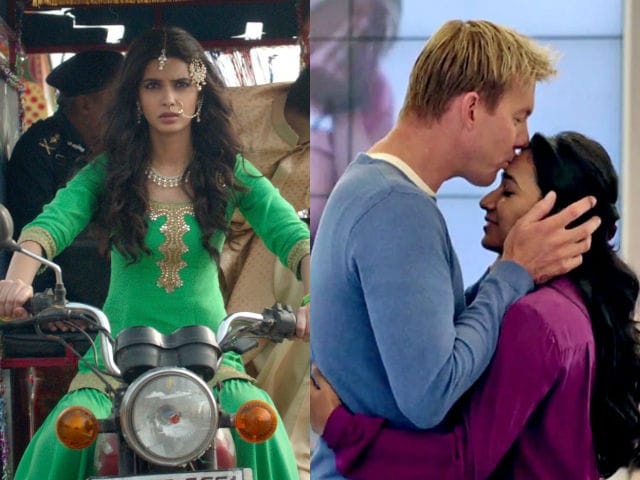 A still from Happy Bhag Jayegi (L) and UNindian (R).

New Delhi: Fun and romance is in the air this weekend as Happy Bhag Jayegi and unINDIAN gear up for release.

The first, starring Diana Penty, Abhay Deol, Ali Fazal and Jimmy Sheirgill, is the story of a runaway bride who finds herself in Lahore, Pakistan after she escapes. The film is directed by Mudassar Aziz and produced by Aanand L Rai, the director of Tanu Weds Manu series. Happy Bhag Jayegi is also Diana's second film after 2012's Cocktail.

Next up is unINDIAN starring Tannishtha Chatterjee and former Australian cricketer Brett Lee. The story revolves is about a singer divorcee mother played by Tannishtha who falls in love with a 'Un-Indian' - Will, played by Brett Lee. Her family isn't exactly happy with the match and what happens next forms the plot of the story. The film is directed by Anupam Sharma.

From Hollywood we have Morgan Freeman and Jack Huston's Ben-Hur, which is directed by Timur Bekmambetov. It is the fifth film adaptation of the 1880 novel Ben-Hur: A Tale of the Christ.

This is the epic story of Judah Ben-Hur, a prince falsely accused of treason by his adopted brother Messala, an officer in the Roman army. Judah is forced into slavery and years later he returns to seek revenge.