To Swara Bhasker On Her Birthday, With Love From Veeres Sonam Kapoor And Shikha Talsania On Swara Bhasker's 31st birthday, the actress' closest friends, colleagues and fans posted on social media, expressing their love and shared some of the cutest messages for her. On Swara's special day, Veere Di Weddingco-stars Sonam Kapoor and Shikha Talsania shared adorable posts on their respective Instagram stories. Sonam Kapoor, who has worked with Swara in three films, shared a collage of pictures of herself along with Swara on her Instagram story and captioned it: "Happy Birthday, my Dearest Swara. Wishing you all the happiness and love, every single day of the year." 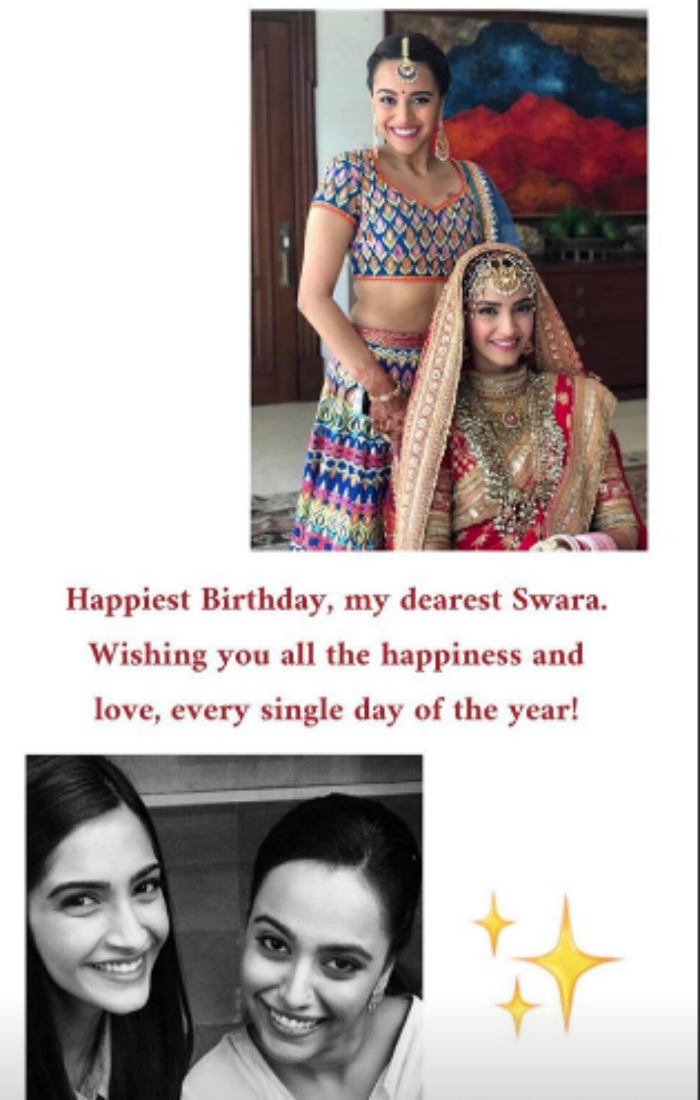 Another lovely wish came from Swara's other Veere Di Wedding co-star Shikha Talsania, who shared a goofy selfie of herself along with the birthday girl on her Instagram story and wrote: "Happy Birthday!" Swara Bhasker is best-known for her performances in film such as the Tanu Weds Manu series, Nil Battey Sannata, Raanjhanaa and Anaarkali of Aarah among others. She has also featured in several web-series including It's Not That Simple, Rasbhari and Flesh.

Swara Bhasker stepped into the Indian film industry with the 2009 film Madholal Keep Walking. However, her breakout film was Aanand L Rai's Tanu Weds Manu, in which she played the role of Kangana Ranaut's friend Payal.