To Nirmal Kapoor On 88th Birthday, With Love From Son Anil And Other Kapoors 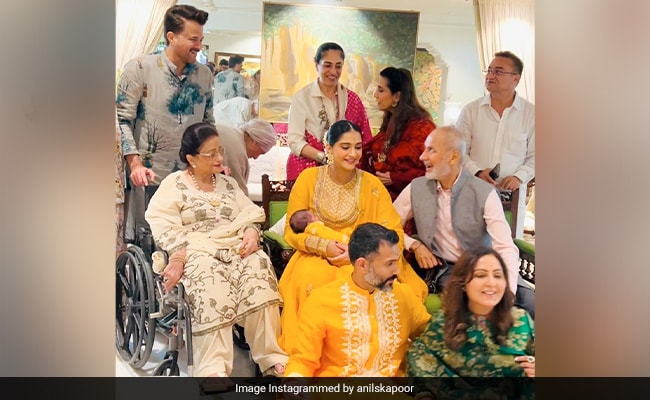 On Nirmal Kapoor's 88th birthday, members of the Kapoor family shared greetings on her special day. Anil Kapoor shared a family photo, also featuring the newest member of the family - Sonam Kapoor and Anand Ahuja's son Vayu. Anil Kapoor, sharing the family portrait, wrote in his caption: "The wonderful daughter, wife, mother, grandmother and now great grandmother celebrates her 88th birthday today! There's no one like you! Happy Birthday Mom." Meanwhile, Sonam Kapoor posted a throwback with her grandmother and a recent picture of her son Vayu with his great-grandmother Nirmal Kapoor.

Maheep Kapoor wished her mother-in-law by sharing picture of Nirmal Kapoor with Maheep and Sanjay Kapoor's daughter Shanaya and she wrote: "Happy Birthday." 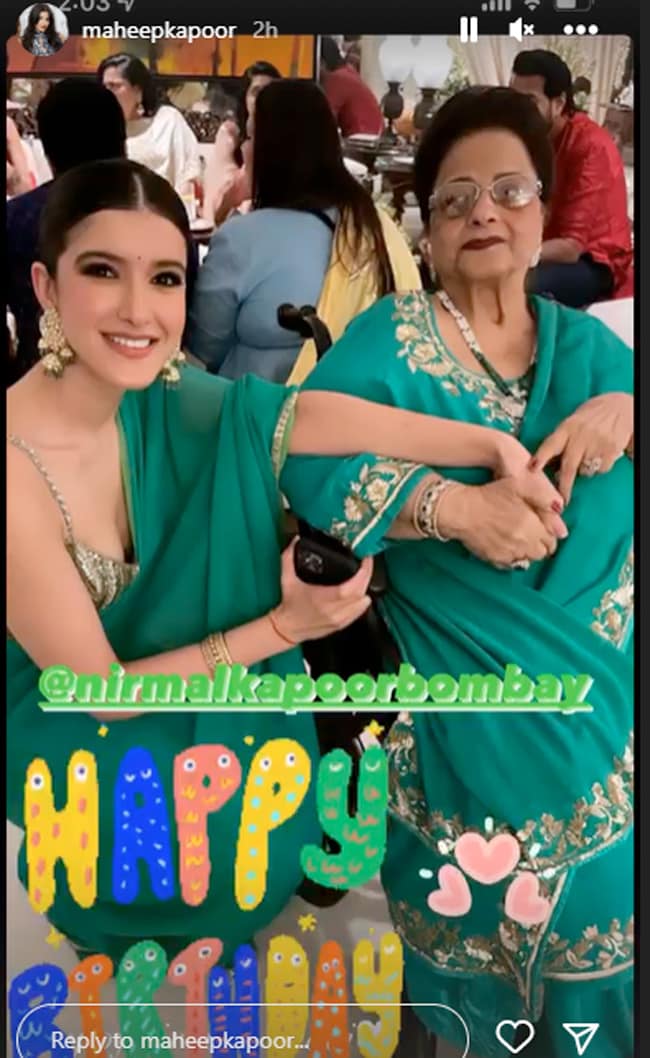 Shanaya Kapoor shared a lovely picture of Nirmal Kapoor with her granddaughters Janhvi, Khushi and Anshula Kapoor and Shanaya too. Sonam, Rhea and Arjun are missing from the frame. She simply added a heart emoji. No caption needed. 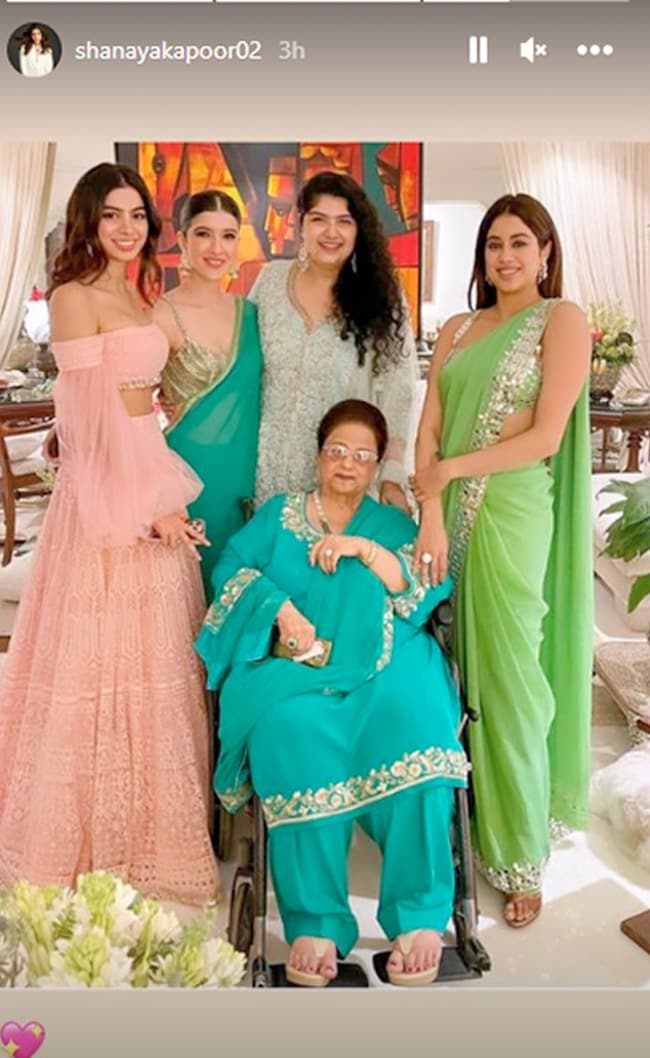 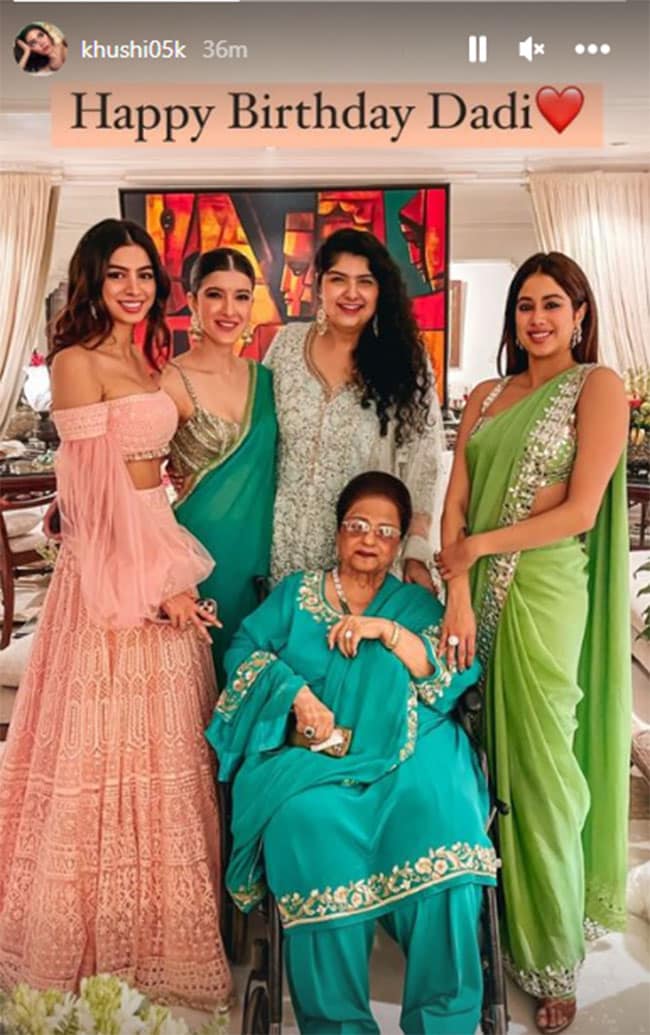 Sanjay Kapoor shared childhood pictures of himself with his mother and he wrote: "Happy birthday Mom."

Film producer Boney Kapoor accompanied a throwback picture of his mom with these words: "Happy birthday Mom, you been the best mother, grandmother, great grandmother, guiding light, and great inspiration. We want to wish you good health, happiness, and the best of everything. Thank you for everything you've done for us. Wishing you a very very Happy birthday. With many, many more to come."

Nirmal Kapoor was married to film producer Surinder Kapoor, who mostly produced films starring his son Anil Kapoor, such as Pukar, No Entry, Judaai and Loafer, to name a few.