To Amitabh Bachchan, With Love From Dilip Kumar 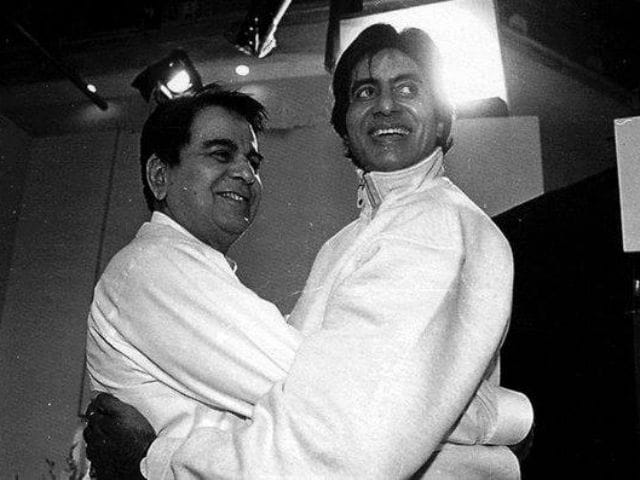 New Delhi: Actor Amitabh Bachchan received a message from Dilip Kumar's wife actress Saira Banu, with a whole lot of love. Dilip Kumar, 93, was taken to Mumbai's Lilavati Hospital on April 16 after he had trouble breathing.

Big B, 73, who worked with Dilip saab in 1982's Shakti, tweeted a picture of Dilip saab at the hospital, which was sent to him by Sairaji:

T 2230 - Moment of joy and pride .. Saira ji sends me this :
"from Dilip Saab to you with love from the hospital" pic.twitter.com/JbEqQBzAQq

Yusuf uncle is well as we can see at the Leelavati Hospital with Sairaji. Happy Home Tidings! pic.twitter.com/eg62PFhxUW

Big B had also posted several pictures of himself with the senior star:


Dr Jalil Parkar of Lilavati Hospital said that Dilip saab will be discharged in two days and that he is stable and is also able to eat his food properly. "There have been some rumours about Dilip Kumar's condition, but they are not true at all. He is fully conscious and has shown remarkable improvement. He is not in the ICU or on ventilator, but in his room. He will be discharged in another two days," Dr Parkar told news agency PTI.

Dilip Kumar's many awards include the Padma Vibhushan, which he received in 2015. He was honoured with the Padma Bhushan in 1991 and the Dadasaheb Phalke Award in 1994. He was the first winner of the Filmfare Best Actor award - for 1956's Azaad - and shares the record for the most wins - eight - with Shah Rukh Khan. Dilip saab also received the Filmfare Lifetime Achievement award in 1993. (Also Read: Dilip Kumar 'Fully Conscious,' Will be Discharged in Two Days)