"Time Now For A Trim And To Get Back To Work": Shah Rukh Khan In New Post

Shah Rukh Khan will reportedly be seen in Pathan in 2022 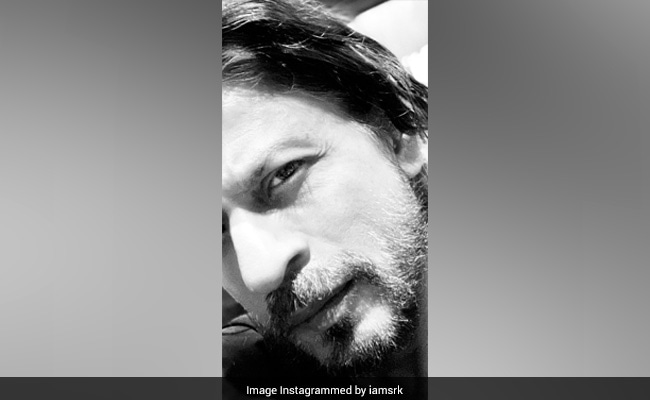 Fans of Shah Rukh Khan have a reason to rejoice as the actor is all set to return to work, which means that a new release is now a little closer. The actor occupied a spot on the list of trends on Friday, after he dropped a new picture of himself on social media and announced that he will soon "get back to work." The 55-year-old actor, who was last seen in 2018 film Zero, shared a monochrome picture of himself on Instagram. In the picture, Shah Rukh Khan can be seen acing the salt and pepper beard look. In the caption of the post, he mentioned that he is all set to bid farewell to his beard as he will soon "get back to work." The actor wrote: "They say time is measured in days, months and beards....Time now for a trim and get back to work I guess." He went on to wish his fans "safe and healthy days of work ahead." He wrote: "Wishing everyone who is getting back to a bit of normalcy...safe and healthy days and months of work ahead....love u all."

The actor's post sent the Internet into a tizzy with many of his fans flooding the comments section of his post. "Love u so much, miss u King," a fan commented on Shah Rukh Khan's post, while most others dropped heart and fire emojis in the comments section.

As mentioned above, Shah Rukh Khan was last seen in 2018 film Zero. Fans have long been waiting for a new film of the actor. As per reports, the actor will next be seen in his big release Pathan.

Earlier on New Year 2021, Shah Rukh Khan addressed his fans through a self-made video. He shared the video on Instagram. The video left the actor's fans excited as he had announced that fans will "see him on the big screen in 2021." The announcement sort of confirmed the actor's next film Pathan.

Pathanwas earlier scheduled to release in 2021 but the COVID-19 pandemic has pushed it to 2022. As per some reports, the film will also star Deepika Padukone and John Abraham. Besides, Pathan, Shah Rukh Khan will have a cameo each in sci-fi dramas Rocketry: The Nambi Effect and Brahmastra. He also has a special appearance in Aamir Khan's upcoming film Laal Singh Chaddha.