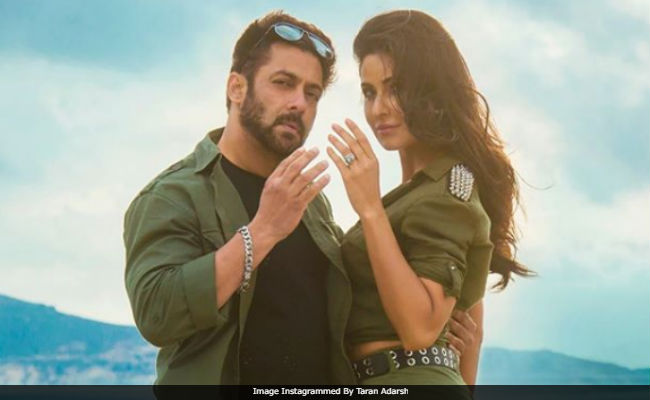 New Delhi: Salman Khan and Katrina Kaif's Christmas release Tiger Zinda Hai has earned over Rs 250 crore at the box office and has been declared a blockbuster. Their co-star Paresh Pahuja, who played the role Azaan, said that he had predicted the box office success of the film, because Salman and Katrina star together, reports news agency IANS. "Success of the first film is extremely important for any actor's career, and Tiger Zinda Hai is a blockbuster. I predicted it as it has Salman and (actress) Katrina Kaif together. It is also the sequel to the superhit film Ek Tha Tiger," Paresh said in a statement. He played an Indian Army sniper, whom Salman recruited for his mission.

Paresh has featured in several commercials and Tiger Zinda Hai is his debut film. "Life has changed completely. People recognise me now. Professionally, things have changed big time. My phone hasn't stopped ringing. My dream directors are interested in me. People have voted for me for the Filmfare Best Supporting Role and Best Debut. My speech is already ready," he told IANS.

Of co-starring with superstar Salman, Paresh said, "He has been my favourite since Karan Arjun. I got to be in the same frame with him in my first film. The feeling was surreal."

Promoted
Listen to the latest songs, only on JioSaavn.com
Tiger Zinda Hai has so far earned Rs 254.75 crore.