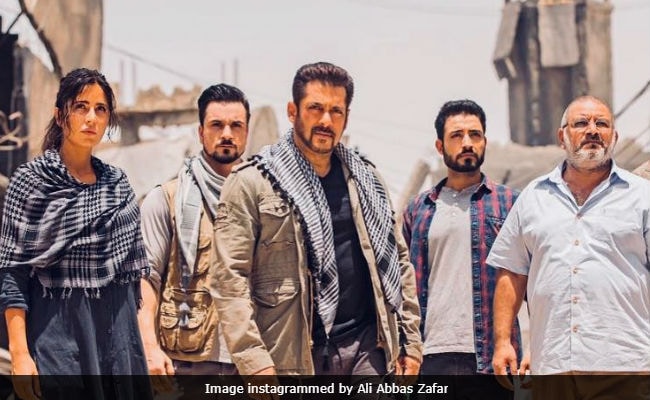 New Delhi: Salman Khan's Tiger Zinda Hai is expected to cross the lifetime business of Sultan by the end of week two, reports trade analyst Taran Adarsh. On Thursday, the Ali Abbas Zafar-film pocketed another Rs 5 crore bringing the grand total to Rs 291.55 crore, he tweeted. Sultan's box office total was Rs 300.45 crore. Sultan was Salman Khan and Ali Abbas Zafar's first film together, which released in 2016. The Yash Raj Films-produced film was made on a budget of Rs. 150 crore, which was recovered within the first week of its release.

Tiger Zinda Hai was 2017's last big release and Salman Khan's second film of the year. His first release of 2017 - Tubelight - did not fare well at the box office. But Salman Khan told mid-day that all he cared about is the audience reaction. "For us, it is the viewers' reactions that matter. We feel overwhelmed with the love that the film has received. The response has been endearing. This is my second film with (director) Ali Abbas Zafar, and I am looking forward to working with him again," he said.

Promoted
Listen to the latest songs, only on JioSaavn.com
Salman Khan and Ali Abbas Zafar's third film together has already been announced. The film is titled Bharat and it is adaptation of Korean war drama Ode To My Father, reportedly the second highest-grossing film in the history of Korean cinema. The film is produced by Salman's brother-in-law Atul Agnihotri.

Apart for Bharat, Salman Khan will be busy filming Race 3 in 2018.