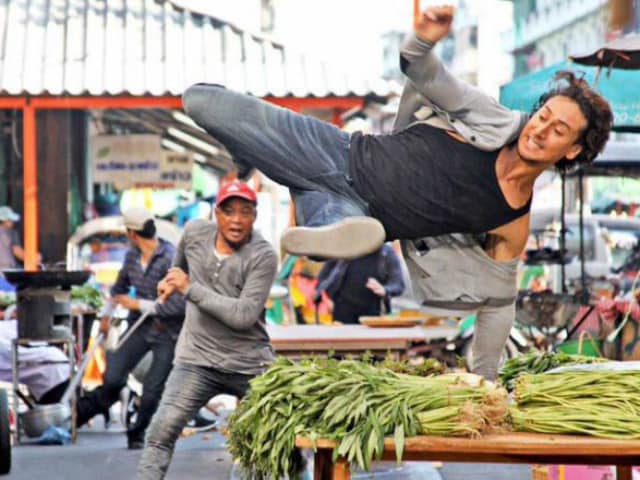 Tiger Shroff in a still from Baaghi

New Delhi: Actor Tiger Shroff, who is known for his amazing dance moves, toned body and thrilling action scenes, has revealed the secret behind his action stunts and the source of his inspiration. The actor was speaking at the launch of a new children's channel Sony YAY, for which he has been announced as the brand ambassador. Tiger revealed that his 'action choreography' is inspired from a video game named Mortal Kombat. "There is a video game called Mortal Kombat. All my action choreography has been inspired from there," Tiger was quoted by news agency IANS as saying. Tiger has performed action sequences in all his movies including A Flying Jatt, Heropanti and Baaghi.

Talking about his childhood and justifying the reason behind being chosen as the brand ambassador of the new channel, Tiger Shroff was quoted by IANS as saying: "I love children and watching cartoons. I am a child at heart. I used to play a lot of football in childhood. I was involved in athletics. I was very active those days and I used to watch cartoons but play very less video games. I used to look up to superheroes."

Promoted
Listen to the latest songs, only on JioSaavn.com
Tiger Shroff is currently shooting for a dance movie Munna Michael, also starring Nawazuddin Siddiqui. The actor has filmed a song Ding Dang for Munna Michael, which he said will be a tribute to his father and veteran actor Jackie Shroff. He was recently spotted setting the stage on fire during a performance at the IPL opening ceremony at Rajkot.