Tiger Shroff will be seen turning nearly bald for Baaghi 2. In the film, Tiger will feature in two different looks 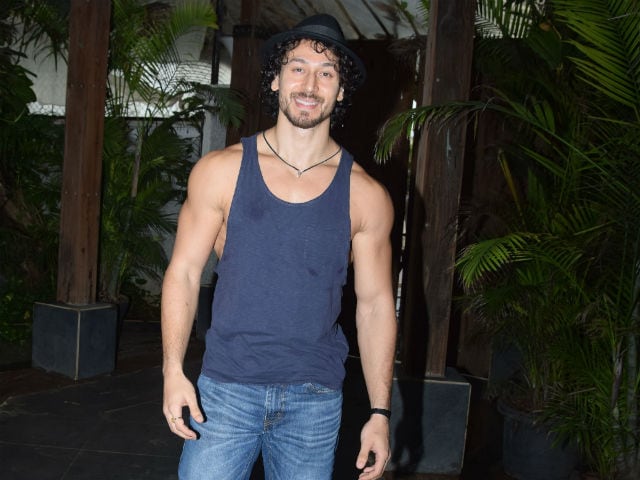 n: Actor Tiger Shroff will be seen turning nearly bald for his upcoming film Baaghi 2, reports news agency IANS. In the film, Tiger will feature in two different looks. The first poster of Baaghi 2, which was unveiled some months ago, featured the 27-year-old actor from the back, where is seen holding a rifle and flaunting his well-toned body. The second one is yet to be unveiled. Besides this, Tiger Shroff is also learning martial arts for the film. "Tiger has pushed himself to prepare for his roles. Be it learning varied forms of martial arts and dance, or attaining the perfectly chiselled body for his roles or shaving his head now, he is ready to do anything to get it right," a source told DNA. Earlier, actors like Aamir Khan, Salman Khan and Ranveer Singh have shaved heads for their films.

The film went on floors just yesterday. Tiger Shroff shared a picture from of the team along with producer Sajid Nadiadwala. (It was also Mr Nadiadwala's birthday).

...and so it begins :) #Baaghi2@khan_ahmedasas@NGEMovies@DishPatani@WardaNadiadwala@shairaahmedkhan#SajidNadiadwalapic.twitter.com/VHv30RBRBm

Promoted
Listen to the latest songs, only on JioSaavn.com
Tiger Shroff stars opposite Disha Patani, his rumoured girlfriend in Baaghi 2. "When we did the look test of both of them together, we were convinced with their chemistry and about Disha being the perfect choice for the role. I am really happy with my cast and very excited to kick start the project with them," filmmaker Sajid Nadiadwala said. The duo have earlier co-starred together in Befikra, a music video. Baaghi 2 is the sequel to Tiger's 2016 film Baaghi, which starred Shraddha Kapoor opposite him.