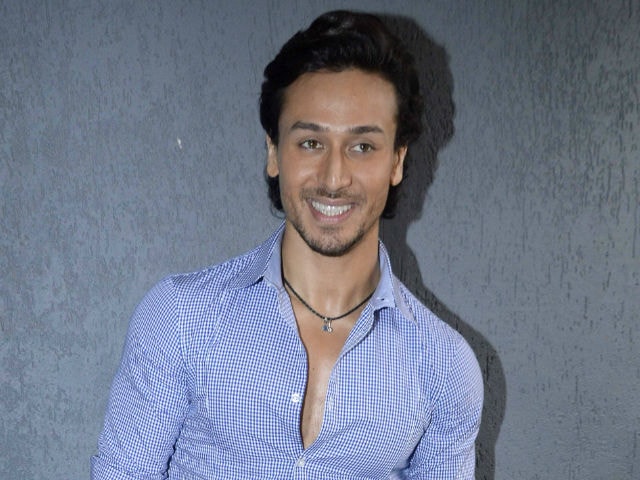 Tiger Shroff photographed at an event in Mumbai.

Mumbai: Bollywood actor Tiger Shroff said that "he is not a thief" while rubbishing reports that the script of his upcoming film Munna Michael was stolen.

Even before the movie has gone on the floors, city-based writer-director Kritik Kumar Pandey has filed a police complaint, accusing Tiger of stealing his script to make Munna Michael, based on a die-hard Michael Jackson follower.

Mr Pandey alleged that he shared his film's script with Tiger, a self-confessed fan of the King of Pop.

"I don't know the issue. We are here (and) I don't steal. I am not a thief. I don't lie, I am not a cheater," Tiger told reporters here at an event to launch the trailer of A Flying Jatt when asked about the allegations.

Meanwhile, the Heropanti actor expressed concern on the less number of tigers in the country.

"It is sad that there are less number of tiger's today. We should take care of them. I had adopted a tigress and she is my first girlfriend," the Baaghi actor added.

Tiger will be seen opposite Jacqueline Fernandez in A Flying Jatt. The Remo D'Souza directed film releases on August 25.