Tiger Shroff On Dance-Off With Hrithik Roshan, Working With The Actor And More 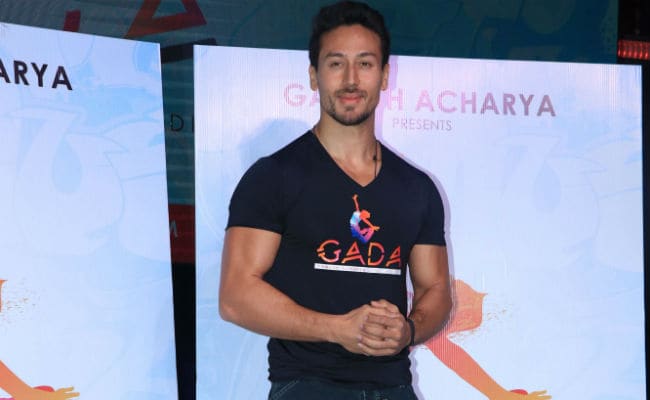 Tiger Shroff at the launch of Ganesh Acharya Dance Academy.

Tiger Shroff, who will be seen sharing screen space with Hrithik Roshan in the untitled Siddharth Anand film, recently revealed that the audiences might get to see a dance-off sequence between him and Hrithik in the film, reports news agency IANS. Tiger interacted with the media on the sidelines of the launch of Ganesh Acharya Dance Academy (GADA) on Wednesday, where Tiger was asked if both the actors will be seen in a dance-off sequence, Tiger told IANS: "I think that's what the audience is expecting and we are going to give exactly that to them and we are we are going to give lot more so, audience can expect the best."

During the media interaction, the Baaghi actor was all praises for his co-star and he even spoke about his experience of working with Hrithik Roshan. "Hrithik sir is coming in top form. I have seen him train day and night, I have seen him work hard on a set and I have seen his work ethics." IANS quoted Tiger as saying. The 28-year-old actor added, "I think, if he is not the same as he was in Kaho Na...Pyaar Hai (which was Hrithik's debut movie), he must be even better and younger looking now."

Tiger Shroff is a self-confessed Hrithik Roshan fan and his frequently seen expressing his admiration for the Kaabil actor. on social media. On Hrithik's birthday, Tiger shared a special video, in which he could be seen dancing to Hrithik's iconic song Ek Pal Ka Jeena from the 2000 film Kaho Naa... Pyaar Hai and he captioned it: "Blessed to be working with my inspiration thank you for being born and giving direction and inspiration to so many of us."

Blessed to be working with my inspiration thank you for being born and giving direction and inspiration to so many of us! #happybirthday @hrithikroshan

Besides Siddharth Anand's untitled film, Tiger also has Baaghi 3 and Punit Malhotra's Student Of The Year 2, co-starring Tara Sutaria and Ananya Panday in the pipeline.