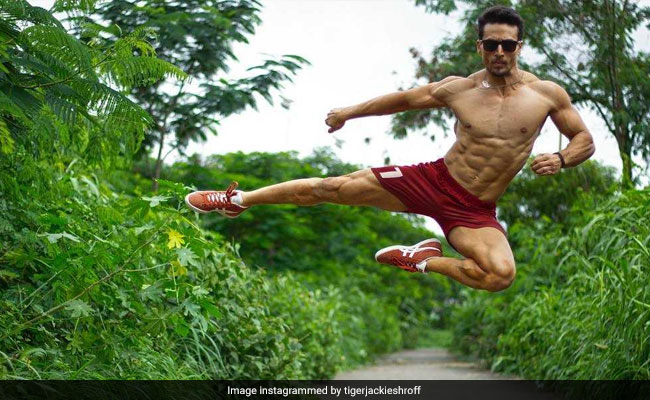 Tiger Shroff has been approached to play the lead role in footballer Bhaichung Bhutia's biopic, reports Pinkvilla. According to the report, the film will be directed by Anand Kumar, who is best-known for directing Zila Ghaziabad. As of now, Tiger has not announced his association with the project. However, a source close to the project told Pinkvilla,"Tiger has been approached for a biopic, which might also be his first. It's on the life of Indian footballer Bhaichung Bhutia. Anand Kumar, the director of Zila Ghaziabad, is putting the project together. They have offered the film to Tiger. It now needs to be seen if Tiger will be keen on taking this project up."

The report also stated that the makers were every keen on casting Tiger in the film and that the Baaghi actor was their "first and only" choice. The source added, "When Anand was looking at a popular face for the biopic, Tiger was his first and only choice. Tiger has liked the script but now, it's up to the dates and the schedules. The modalities need to be discussed before proceeding further."

If Tiger Shroff agrees to sign the film, it will be his first biopic. The film will showcase the story of Bhaichung Bhutia's struggle, the highs and lows of his life and it will also touch upon the personal facets of the striker's life.

Biopics based on the lives of sports personalities are not an uncommon phenomenon in Bollywood. Films such as Bhaag Milkha Bhaag, Azhar, Dangal, Mary Kom, Soorma and M S Dhoni: The Untold Story are a few of the many films which have depicted the lives of sportsmen.

On the work front, Tiger Shroff was last seen in Puit Malhotra's Student Of The Year 2, co-starring Ananya Panday and Tara Sutaria. The actor will next be seen in Siddharth Anand's untitled film, co-starring Hrithik Roshan.