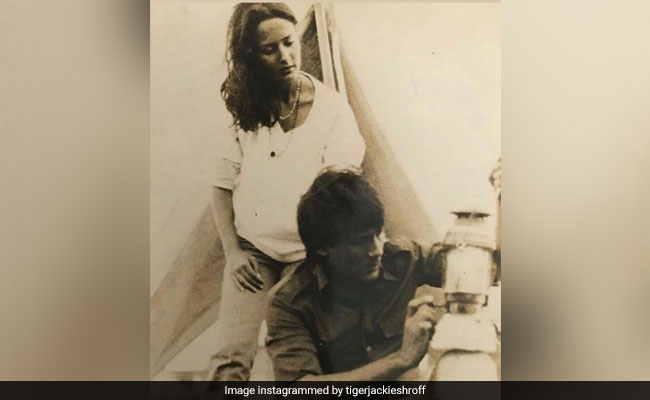 Happiest birthday to the besttt mom ever love you most mama...and daddy and happy anniversary! So lucky to have you two! @ayeshashroff @apnabhidu

In the year 1987, Jackie Shroff got married to his long term girlfriend, Ayesha. The actor is well-known for his films like Hero, Ram Lakhan, Rangeela, 1942: A Love Story, Mission Kashmir and many more. His wife Ayesha Shroff is a producer. She was the producer of films like Jis Desh Mein Ganga Rehta Hai, Boom, Grahan and Bombil and Beatrice. She is also a former model and actress.

Earlier, Tiger Shroff shared pictures featuring his parents Jackie and Ayesha Shroff and most of them are throwback pictures. Here are a few posts shared by Tiger earlier:

So lucky to have you mummy! Happy birthday love you! @ayeshashroff

Tiger Shroff made his debut in Heropanti, which released in the year 2014. Later, he also featured in films like Baaghi series, A Flying Jatt and Munna Michael.