Tiger Shroff was photographed outside his rumoured girlfriend, actress Disha Patani's new residence in Bandra, Mumbai on Wednesday. The duo were seen exiting the building and making their way towards the car that was waiting for them New Delhi: Actor Tiger Shroff was photographed outside his rumoured girlfriend, actress Disha Patani's new apartment in Vastu building in Bandra, Mumbai on Wednesday. In the photographs, the 27-year-old actor was seen exiting the building along with Disha. The duo made their way towards the car that was waiting for them. Disha Patani was seen dressed in an all-black outfit while Tiger Shroff wore a beige vest paired with black pants. Tiger and Disha are currently shooting for Ahmed Khan's Baaghi 2. They earlier co-starred in Befikra, a music video by the Meet Bros. Tiger Shroff and Disha Patani have reportedly been dating for over a year now. 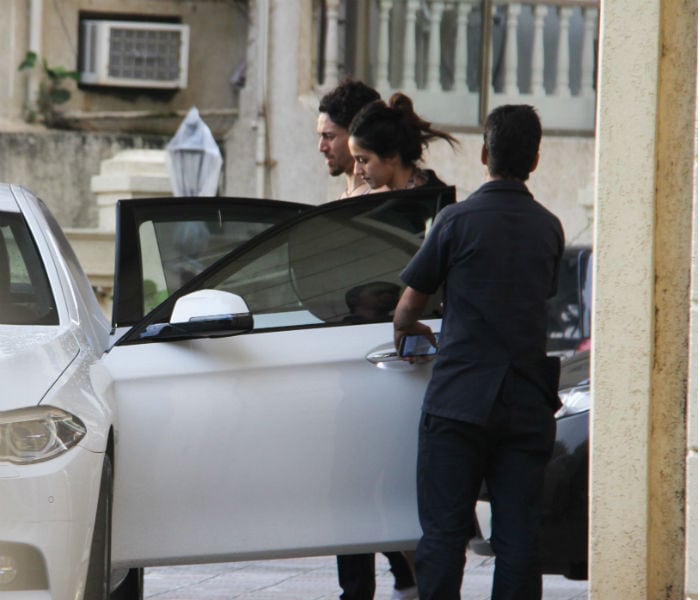 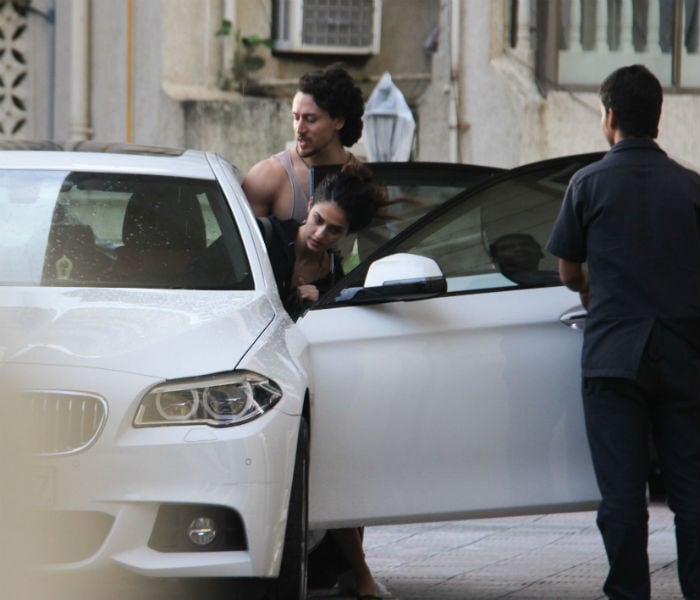 Tiger Shroff and Disha Patani were seen exiting the venue

Ranbir Kapoor will be Disha Patani's neighbour. The 34-year-old actor shifted to an apartment in the same building last year post his break-up with actress Katrina Kaif. Shah Rukh Khan's wife and celebrity interior decorator Gauri Khan, who designed his apartment, posted pictures of herself with Ranbir in his new flat on Instagram. See them here:

Tiger Shroff and Disha Patani started shooting for Baaghi 2 earlier this month. The Heropanti actor shared a group photograph on his Instagram account and captioned it as, "#Baaghi2 #herewego."

In an earlier interview with news agency PTI, Tiger Shroff said that he is happy that he will be co-starring with Disha in Baaghi 2."I will be more at ease for sure as we (Disha and I) share a great bond and I am more comfortable with her," PTI quoted the actor as saying.

Tiger Shroff was last seen in Munna Michael, co-starring Nidhhi Agerwal and Nawazuddin Siddiqui. After Baaghi 2, he will be seen in Rambo and Adhoora.