In Suraiyya teaser, you just won't be able to take your eyes off Katrina Kaif 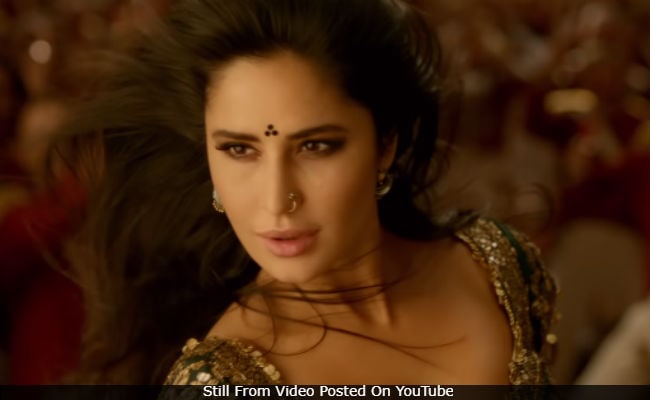 The teaser of Thugs Of Hindostan's new song Suraiyya, starring Katrina Kaif, was released on Wednesday and you won't be able to take your eyes off Katrina, just like Aamir Khan. Her dance moves are totally awesome. The song features Katrina Kaif and Aamir Khan in their respective roles - of Suraiyya Jaan and Firangi Mallah. "Dil thaamiyega huzoor, kabhi-kabhi humari adaa dekh ke log apni jaan kho baith te hain," Katrina says in the video. She looks stunning in an asymmetrical lehenga choli. Aamir, who is clearly mesmerised by her beauty and dance, tweeted, "Meri jaan to le chuki hai... Suraiya." The video arrived with the disclaimer: "Full song only in theatres."

Watch the teaser of Suraiyya here.

Earlier, we got a sneak peek of Vashmalle song, featuring Aamir and Amitabh Bachchan. Sharing his experience of filming it with Big B, Aamir had tweeted, "Was so excited to do a song with Mr Bachchan, that for the 1st time in my career I have enjoyed dancing!"

The song begins with lyrical introductions to their characters - Amitabh Bachchan plays Khudabaksh while Aamir, as stated earlier, stars as Firangi Mallah.

Watch the teaser of Vashmalle here.

Thugs Of Hindostan, which also stars Fatima Sana Shaikh, is set in the 1795, the film follows the adventurous story of a gang of thugs' battle against the East India Company for free India.

Directed by Vijay Krishna Acharya, Thugs Of Hindostan is all set to hit screens on Diwali. The film also stars John Clive as the Commander of the East India Company.