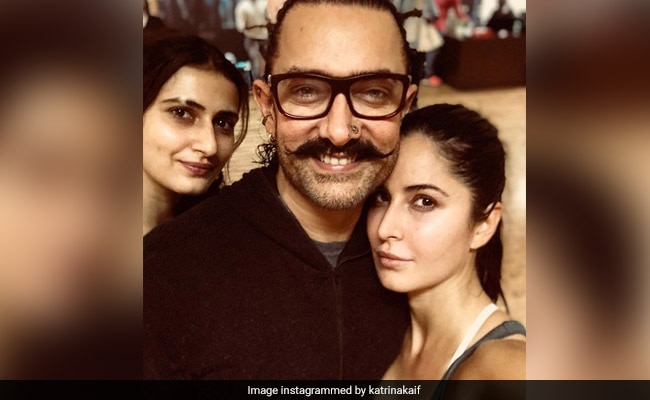 Brace yourself, folks! The makers of Thugs Of Hindostan will reportedly unveil the first look poster on Tuesday, a Deccan Chronicle report stated. The makers have kept it under the wraps as to which character from the film will be introduced first. "The first character poster will be out on Tuesday. Looks like Adi, Aamir and Viktor have finalised 6 motion posters featuring 6 key characters of the film. They are keeping this plan close to the chest and no one knows which character will be introduced first," sources told Deccan Chronicle. One of the years' most anticipated films, Thugs Of Hindostan featuring Amitabh Bachchan, Aamir Khan and Katrina Kaif, will release on Diwali.

The makers are eyeing to build maximum curiosity around the film through the motion posters, the report further revealed. "They want to start building the curiosity of the audiences for the trailer through these motion posters. No one has seen the world of Thugs or the outstanding looks of the characters and this out of the box introduction will surely get the buzz on the film to go through the roof," Deccan Chronicle report added.

Thugs Of Hindostan appears to be replete with action sequences since Aamir Khan in an earlier interview to IANS had revealed Big B "suffering with shoulder and back pain, as he was filming a lot of action scenes". "I shot with Amitji last night itself. It's true that he has pain in the shoulder and back. But this film also has a lot of action scenes for him. I think it is after a lot of years that you will see Amitji doing a lot of action. So, it's definitely a challenging film for him and he is coping very well with it," said Aamir.