"No Pain, No Gain": Urvashi Rautela Takes Punches Like A Fighter In New Video

In the video, we see her standing brave and strong, enduring a series of punches being thrown directly at her abs. 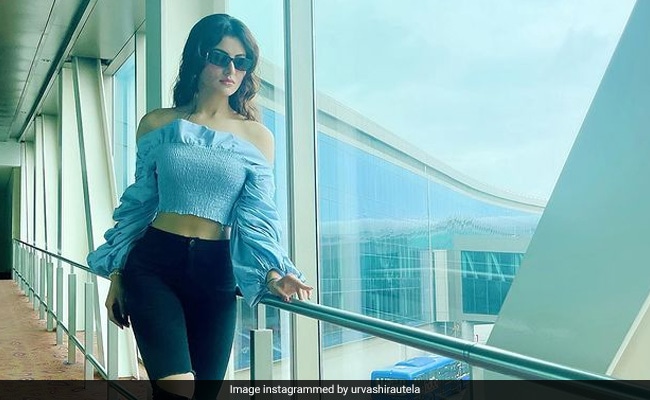 It's no secret that Urvashi Rautela is one of the most beautiful and talented women to have graced the silver screen in this era. But did you know she is also impeccably strong and can take a punch or two like the powerful woman she is? If you didn't know of her immense physical strength, endurance and courage till now, you'll definitely get amazed by what we are about to show you. If not anything, it will also inspire you to work harder in the gym and not skip those core exercises. But what makes us feel this way, you wonder? What else but Urvashi Rautela's latest video on Instagram where she is in the gym, preparing for the shoot of an upcoming action film.

In the video, we see her standing brave and strong, enduring a series of punches being thrown directly at her abs. No, she didn't cry, she didn't scream, she didn't even flinch the whole time that she was taking the repeated punches on her gut. In the end, the actress bends down and shouts in relief and triumph. "No pain, no gain. He clocks me right in the gut. Getting walloped is part of my action film, absorbing his blows," the caption read. Needless to say, fans were impressed by her indomitable fighter spirit, expressing admiration in the comments.

Urvashi's jaw-dropping endurance is proof of the fact that she has been training for a while and now her unbeatable strength is something everyone should be watching out for. To her we say, you slay girl.

Urvashi will be next seen in Black Rose. The emotional thriller is directed by Mohan Bharadwaj.