The actress looks drop-dead gorgeous in an all-black ensemble 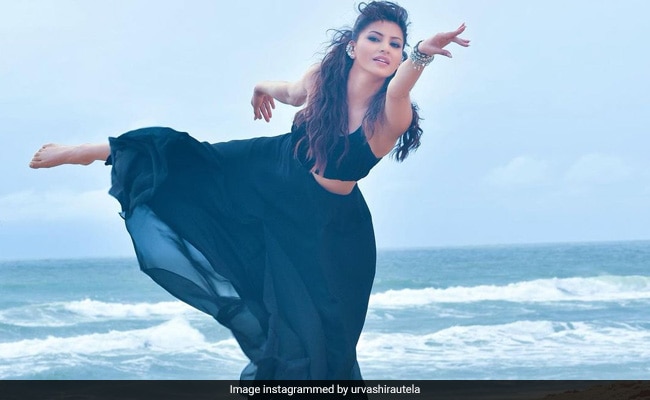 Another day, another picture from Urvashi Rautela's shooting diaries. But in this one, we have her trying ballet on the beach. Go check her latest upload on Instagram. In the beautiful still, the actress looks drop-dead gorgeous in an all-black ensemble consisting of a crop top and flowy skirt. The silver earpieces and bracelets added to the charm. In the caption, Urvashi wrote, "Ballet dance at the beach." She also added the hashtag #DoobGaye. As expected, fans rained compliments on Urvashi. A true admirer of the actress wrote, "You look super cute." Some of them dropped comments like "awesome", "lovely" and "wow." The snap garnered over 3 lakh likes in just two hours of uploading it. The actress has collaborated with Punjabi singer Guru Randhawa for the music video Doob Gaya. She keeps her Instafam hooked by sharing snippets from the sets.

After this picture, Urvashi uploaded another snap today featuring herself and Guru Randhawa. We can see the two looking at the sea with their backs facing the camera. For the caption, the actress wrote, "Hum tujh main itna doob gaye."

On Sunday, she teased fans with another image from the beach. But this time, we can see her sharing a hearty laugh with Guru Randhawa. The duo is keeping the hype on, through their caption game. Guru posted the same picture and asked, "Hass toh rahe hai par joke kya tha? (We are laughing but what was the joke?)".

To this, Urvashi replied on her own post saying, "Pata nahi kuch Punjabi mein tha." (Don't know, it was something in Punjabi)."

Coming back to Urvashi's beach post, who else wants to steal that pose for the 'gram?