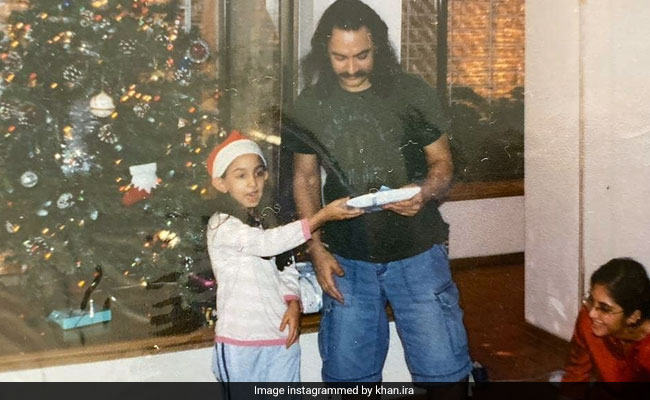 We simply love throwback pictures and Ira Khan's latest Instagram entry reminds us why. On Saturday, Ira shared a super cute throwback picture from her childhood days, which also features her father and Bollywood actor Aamir Khan and it has our heart. Ira did not mention when or where the picture was taken but we are guessing that it was clicked sometime around Christmas as Aamir can be seen standing next to a giant Christmas tree. In the pictures, the Lagaan actor can be seen sporting long hair and moustache - his look from the 2005 film Mangal Pandey: The Rising. Ira captioned the post: "Santa's helper. I even have the ears for it." She added the hashtags #throwback #christmas #missing #santashelper #elf #elfears #fashiondisaster #film and #nostalgia to her post.

Santa's helper I even have the ears for it! . . . #throwback #christmas #missing #santashelper #elf #elfears #fashiondiaster #film #nostalgia