This Place Has Anushka Sharma's Heart. See What She Posted Anushka Sharma's Instagram profile is a sheer delight. The actor-producer has actively been sharing photos from her current London trip on her Instagram profile. Anushka Sharma, who is in London along with her cricketer husband Virat Kohli and their daughter Vamika, added another picture from her London diaries to her Instagram story on Tuesday evening. She posted a picture of a street in London and she wrote in her caption: "London, love you." She accompanied it with a couple of heart emojis. 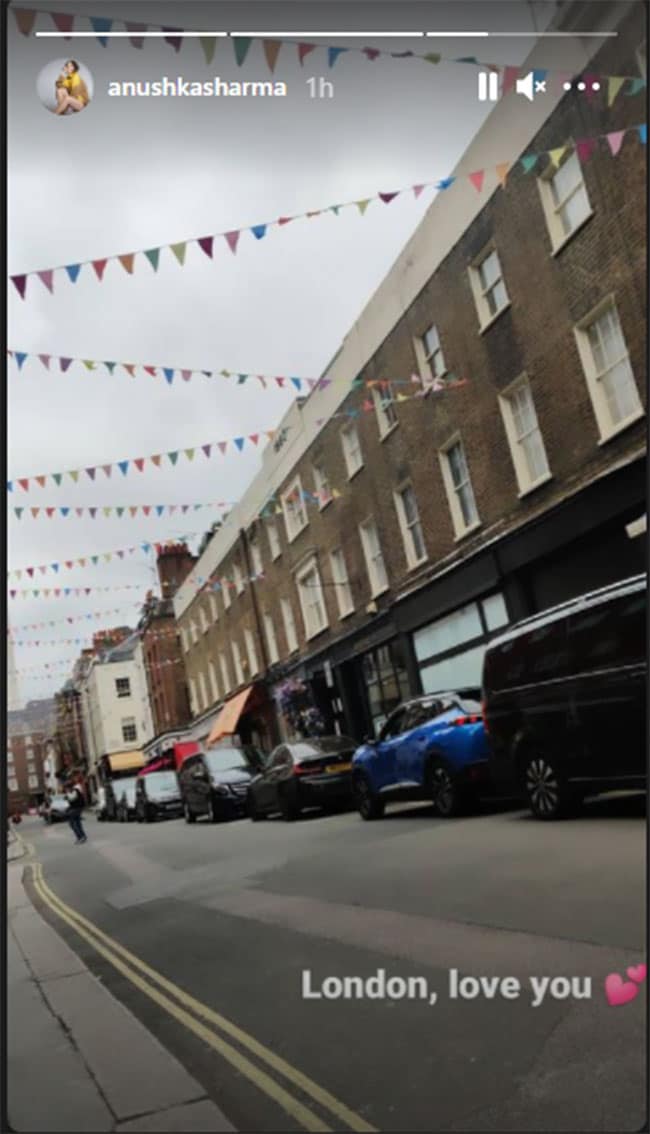 Here are some more posts from Anushka Sharma's London diaries:

Anushka Sharma is the star of films like Rab Ne Bana Di Jodi, PK, Band Baaja Baaraat, Sultan and Ae Dil Hai Mushkil, to name a few. She and her cricketer husband Virat Kohli welcomed their first child, a baby girl on January 11 and they named her Vamika. The couple met during the shoot of a shampoo commercial and they got married in Tuscany, Italy in 2017.