Here's a hint: He will next be seen in Karan Johar's Takht 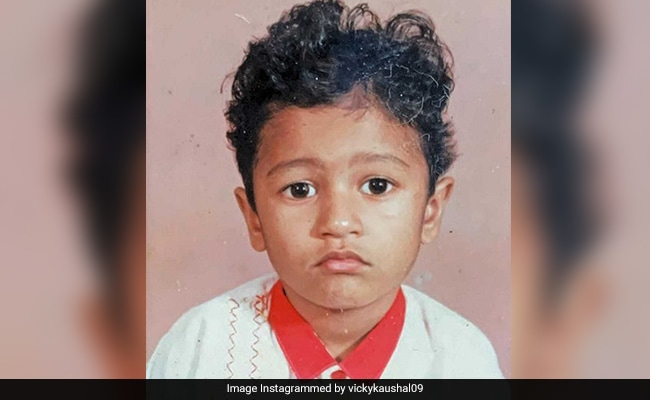 We love throwback posts, especially the ones that feature childhood pictures of our favourite Bollywood stars. On Saturday night, we chanced upon a super cute throwback picture shared by an actor that will surely make you go "aww." Can you guess the actor in the picture? In case the name Vicky Kaushal pops into your head, we must tell you that your guess is absolutely right. Vicky Kaushal shared a picture of himself from his childhood days and accompanied it with a hilarious caption. He wrote: "Post shave look." The picture received over 9 lakh likes on Instagram and the comments section was flooded with remarks like "cute" and "adorable."

Besides Vicky's Instafam, the actor's colleagues also loved the picture and the comments on his post prove that. Taapsee Pannu, who co-starred with Vicky in Manmarziyaan, commented: "Born lul." Ishaan Khatter wrote: "I feel you." Take a look at the post here:

Vicky Kaushal is currently basking in on the success of his last film Uri: The Surgical Strike, in which he played the role of Major Vihan Shergill.

On the work front, Vicky Kaushal will next be seen in Karan Johar's Takht, which stars Ranveer Singh, Kareena Kapoor and Janhvi Kapoor among others. The actor has also signed another film with Uri director Aditya Dhar, in which he will reportedly be seen playing the role of the Mahabharata character Ashwatthama (who fought against the Pandavas in the Kurukshetra War).