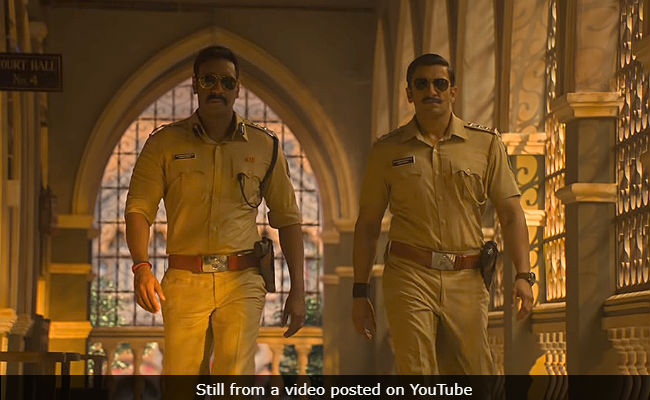 Director Rohit Shetty, whose Simmba is roaring at the box office, told ZoomTV.com that even though Ranveer Singh is the protagonist of the newly released film, it is still Ajay Devgn's universe, which is why he decided not keep Ajay Devgn's cameo as Bajirao Singham secret. "It (Ajay Devgn's cameo) was always there (in the trailer) because I wanted to prepare the audience that there's Ajay in the film. Because, if you see the film, for the first time it has happened that a universe is been created. And it's Ajay's universe, it's not Simmba universe. It's Sigham's universe, where Singham is the narrator," he was quoted as saying.

Ajay Devgn is the narrator of Simmba and he appears as Bajirao Singham of the Singham series in the last part of the film. Singham rescues Simmba from the goons and clears his name too. Rohit Shetty added that the other reason why he did not keep Ajay Devgn's role a secret was because of social media. "Earlier it was a different story when you didn't have social media or mobile phones. Today, after the first show everybody knows what's going to happen. So, there is no surprise, surprise kind of a thing. For our films especially, we wanted audience to know that this is Bajirao Singham's universe where a kid is born."

Simmba is slaying box office one day at a time. The film has earned Rs 202 crore in 12 days and it is also the third highest earning film of 2018 after "Padmaavat" and Sanju.