This is What the 'Doctor Ordered' Akshay Kumar 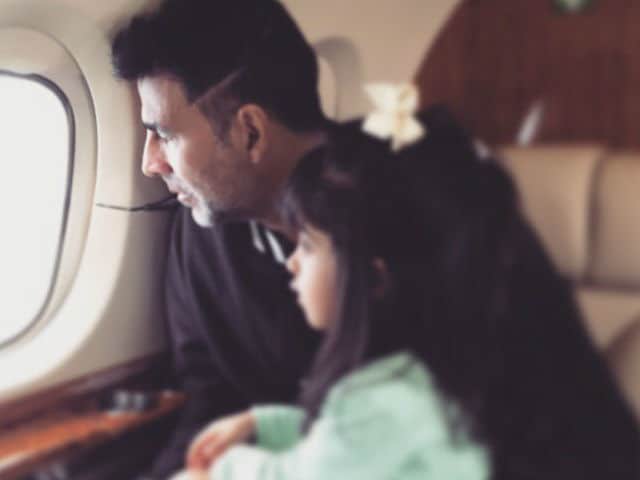 This image was posted on Twitter by Twinkle Khanna

Mumbai: It's family time for Akshay Kumar! The actor, who had been shooting for director duo Sajid-Farhad's upcoming comedy film Housefull 3 in London, is now off for a holiday with his wife Twinkle Khanna and his daughter Nitara, who he referred to as his "little princess" in a picture he posted on Twitter. (Also Read: Akshay, Twinkle Take Daughter Nitara For Vacation)

Akshay shared this photograph of himself and Nitara standing inside a pool looking at the beach and captioned it:

Beach, great weather and my little princess by my side...just what the doctor ordered :) #goodtimes#beachbabypic.twitter.com/MVGfysIWA0

Apart from Nitara, Akshay and Twinkle, who got married in 2001, also are parents to son Aarav.

Meanwhile, Housefull 3, which also stars Riteish Deshmukh, Abhishek Bachchan, Jacqueline Fernandez, Nargis Fakhri and Lisa Haydon, is slated to release next year. The film is a sequel of 2012 film Housefull 2.

Next year, Akshay will also be seen in Raja Krishna Menon's Airlift, co-starring Nimrat Kaur. He was last seen in Prabhu Deva's Singh Is Bliing, which also featured Amy Jackson and Lara Dutta.