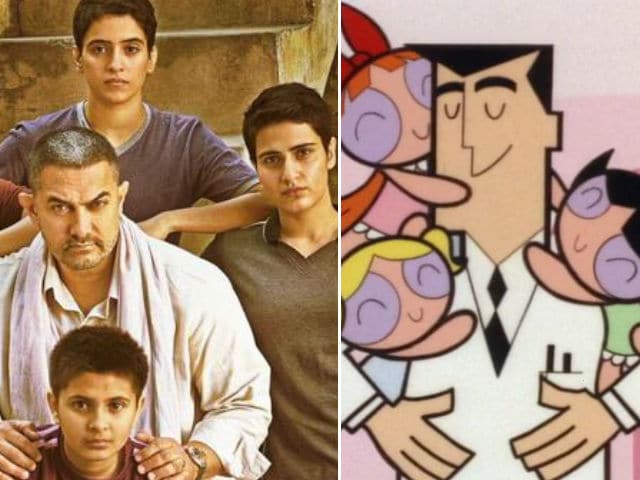 A poster of Dangal (L). A still from Powerpuff Girls (R)

New Delhi: The trailer of Aamir Khan's Dangal, which released on October 20, led to various thought provoking mash-ups and this story is about one such video in which the world of Aamir's film is interpreted in Powerpuff Girls' Townsville.

The video has dialogues and music from Dangal set to scenes from various episodes of the cartoon series. After all, both Powerpuff Girls and the Phogat sisters snub all the patriarchal beliefs in rising above all challenges thrown at them by society.

Promoted
Listen to the latest songs, only on JioSaavn.com
Dangal is a biopic on wrestler Mahavir Singh Phogat, who coached his daughters Geeta and Babita in wrestling. Geeta became the female wrestler from India to win a gold medal in women's wrestling at the 2010 Commonwealth Games. Babita won silver.

Dangal, directed by Nitesh Tiwari also stars Sakshi Tanwar and will hit the screens on December 23.