There Was Fire on the Sets of Amitabh Bachchan's TV Show. What He Did 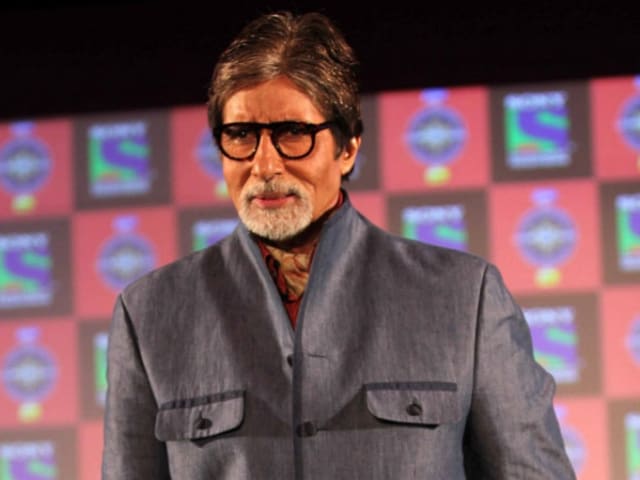 Amitabh Bachchan photographed at an event in Mumbai

Mumbai: Amitabh Bachchan's first day shoot for Aaj Ki Raat Hai Zindagi was disrupted on October 9 after a fire broke out on the sets of the forthcoming TV show in Mumbai.

The 72-year-old star, who is returning on Star Plus after over 15 years, was on stage when the blaze set out, following which the shoot was stopped for around 45 minutes.

According to a source, an overheated studio light caused the minor fire. Taking control of the situation, Mr Bachchan tried to calm the crew members.

"Mr Bachchan was onstage. He calmed everyone down. After controlling the fire, everyone present on the stage said that it's supposed to be a good omen for a great show," the source said.

The concept of Aaj Ki Raat Hai Zindagi is not known but its trailer gives a glimpse of a fun-filled persona of Big B. The promo of the show has Mr Bachchan break into an impromptu dance gig while in an elevator. (Also Read: Is There Anything Amitabh Bachchan Cannot Do? Now, He Choreographs)

Big B has turned all his attention to the show. He is personally looking into every aspect of the show - be it creative, music and content. The show will premiere on October 18.

Actress-entrepreneur Shilpa Shetty Kundra will be appearing on the first episode of the show, as she tweeted on October 9. She also shared an image, in which she is posing with the cine icon in traditional attire.

On the sets with @srbachchan, he has an aura about him that makes every heart skip a beat, mine too

A photo posted by Shilpa Shetty Kundra (@officialshilpashetty) on Oct 9, 2015 at 6:34am PDT